Penpushing reports that, the retirement of Awosusi which concise with her 60th birthday was held with number activities which include lectures, novelty match, pull out parade and birthday celebration with number of dignitaries in attendance.

The grand finale of the activities took place at the Civil Defence College of Management playing ground located at Oke-Mosan, Abeokuta, and this also include unveiling of  a book she authored and focused on her life. 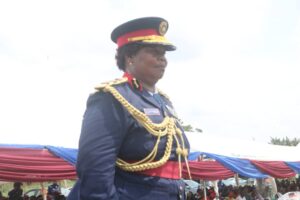 Penpushing also reports that, the retiree was showed with encomiums by guests at the ceremony, who confirmed her leadership qualities, as well as a woman blessed with wisdom, love and grace with humanity

The Ogun State Governor Prince Dapo Abiodun, represented by his Special Adviser on Security in his speech, expressed joy and congratulated Awosusi for a successful career, adding that her relevance in the civicl defence corps will remain reference point. 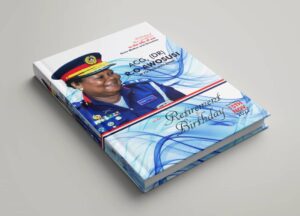 Penpushing further reports that, Abiodun used the occasion to enjoin the security chiefs and entire personnel of Nigeria Security and Civil Defence Corps to be resilient and selfless on the job they’re called for.

The Governor described retirement as new opportunity for service of humanity but without financial gains, sanction or close monitoring like government or regiment works, and urged Awosusi to spend her retirement life judiciously and productively.

‘I am m here to rejoice with ACG Awosusi Racheal Oluwsefunmi on her 60th birthday and retirement but will never go without charging her colleagues in attendance to emulate the resilience and selflessness in the celebrant’s life’, Abiodun emphasised.

Penpushing also reports that, the Governor eulogized the celebrator for the quality trainings given the civil defence and private guards personnel during her period in office, and urged her not to relent in her oars but invest in herself and give back to the immediate community. 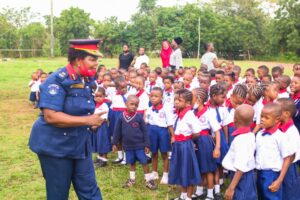 The  Commandant General of Nigeria Security and Civil Defence Corps(NSCDC); Dr Ahmed Audi in his remarks pointed out  that selflessness in national service is always rewardable whenever it is seen in any of the employees.

Penpushing reports that the Commandant General represented by  the Zonal Commander in charge of the Corps Zone F; Assistant Commandant General Shem Obafaiye noted that  stressed that the corps will not only celebrate  Awosusi, but continue to celebrate other officer(s) who  distinguished themselves. 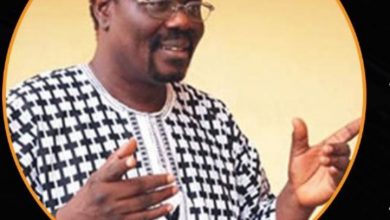 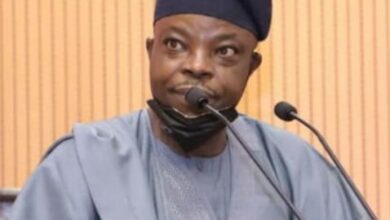