An Allied Cooperative Society Union has recorded a new feat as it signed a partnership agreement with the Nigerian Correctional Service (NCS) for take-off of production of its finished products beginning from second quarter of 2023.

Penpushing reports that a representative of Erojim Investments Limited, the Concessionaire, Emeka Chuta made this known in a statement, adding that the partnership was another milestone for all the stakeholders in the allied industry.

‘The Abia State Leather/Allied Co-operative Society Union, a known Allied Cooperative Association that deals in allied products signs an agreement with the NCS/Erojim Shoe, Garment and  Leather Factory LIMITED, drivers of the  the public private partnership arrangement for shoe and garment factories at Aba, Abia State and Leather factory at Janguza, Kano State between the Federal Government of Nigeria through the Nigerian Correctional Service and Messrs Erojim Investments Limited to off-take its finished products beginning from Q2 of 2023’, he stated. 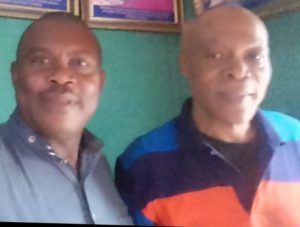 Penpushing further reports that, Chuta in the statement said it is recalled that in January, 2021 the Minister of Interior, Ogbeni Rauf Aregbesola carried out the soil laying ceremony , adding that among those present at the signing of the partnership was Chief Promise Ekpo, Chairman of Abia State Leather Allied Co-operative Society Union

The statement added that Chuta during the ceremony thanked President, Muhammadu Buhari, Minister of Interior, Ogbeni Aregbesola, Permanent Secretary, Ministry of Interior, Dr Belgore, the Controller General of Correctional Service Haliru Nababa,his predecessor, Alhaji Jafaru Ahmed  for their patriotism and doggedness and for giving all the necessary approvals for the take-off of the shoe, garments and leather factories  before the end of this administration. 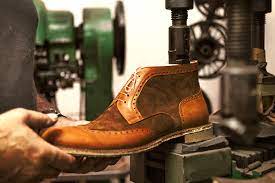 The association boss maintained that these factories will no doubt safe millions of dollars in foreign exchange, hitherto used to import shoes and its leather components as well as create thousands of direct and indirect jobs for the youths.

Penpushing also reports that in his own remarks Mr. Promise Ekpo while thanking the Nigerian Correctional Service and Erojim for this well thought out scheme, commended the Nigerian Government for using the project to showcase the roles Aba Shoe and Allied Manufacturers play in the socio-economic development of Nigeria by siting the Shoe and Garment factories in Aba, a commercial hub for allied industries. 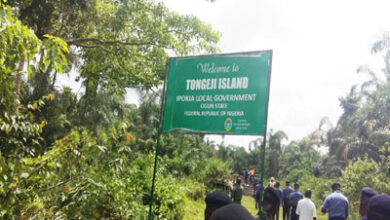 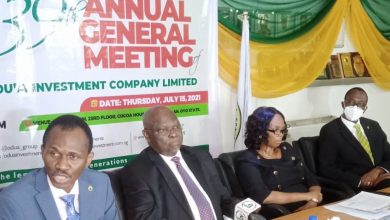 Buhari is working towards bringing country’s mint into his bedroom, group alleges