The Katsina State Government has received the freed 344 students of Government Secondary Science School, Kankara, Katsina State, after spending six day in captivity with the abductors who stormed the college and forcefully whisked them away at gun point

Penpushing reports that the students were released in Zamfara State, and travelled to Katsina government house where they were received on Friday by Governor Aminu Masari at government house.

The Governor while speaking pointed out that security is the responsibility of all citizens, saying the abduction of the schoolboys affected everyone in the 34 council areas of the state in many ways.

“For you the released students, it is now part of your life story and your journey to adulthood, some of you will only understand this in your later life, we suffered physically, mentally, psychologically and we thank Allah for the success’,Masari said. 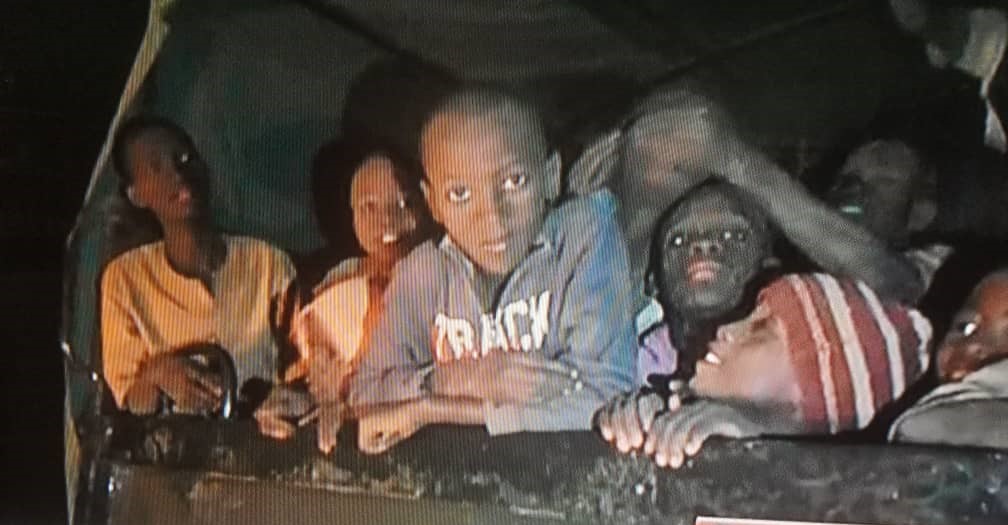 Penpushing further reports that, Masari said the released students will be reunited with their parents after they rest from the fatigue and undergo medical check-up, in addition to being given proper clothing and feeding.

“The released students will be carefully reunited with their parents after the state authorities in collaboration with local government officials confirm that those that come forward are the real parents, guardian’, he said.

“The principal of the school cannot know all the 344 parents and guardians of the released boys which is why the government has to engage local officials. Also, the released boys are to identify their relations before we hand over any child.

“The Executive Secretary, Science and Technical Education Board, will list all the names of the students and their parents because we are not going to release a child to anyone until we are sure they are the parents or guardians’, he added.

“We will continue to discharge our responsibilities as government and leaders in the state. I am more disturbed about the abduction than any other parents. This is because while parents cried for a missing child, I cried for 344 missing children”, Masari emphasised

Penpushing also reports that, Boko Haram,a terrorist group had earlier claimed responsibility for the abduction and subsequently released a video that showed some of the boys pleading for help to return home.