The jobs for Oyo State Security Network Agency and Amotekun Corps have attracted 47,000 applicants who have shown interest to work with the agency, which capacity will only employed 2,000.

Penpushing reports that the Chairman of the corps, Kunle Togun, a retired officer of the Nigerian army, made this statement while speaking during the screening and verification exercise that commenced on Wednesday across the state

The chairman emphasized that the 47, 000 candidates are jostling for only 2,000 slots in the state adding that a background check on criminal records of the applicants will also be done.

“Over 47,000 persons applied, while we are to take 2,000 for now. Graduates, school certificate holders and those that do not have any educational background applied. We asked them questions on what operations they had done in the past’.

‘We want to know if they are experienced and active, what role they played in their various groups. We’ll also check to know if they have had criminal records. Some gave incoherent information about where they came from; some did not give facts about the local government areas they claim to hail from”,he said

Penpushing further reports that, the creation of Amotekun corps in the six South-Western States of Nigeria, which include: Oyo, Osun, Ogun, Ondo, Lagos and Ekiti was necessitated by the security challenges facing the region.

The Oyo State Governor, Engr Seyi Makinde in January this year hosted his colleagues and other prominent Yoruba leaders and traditional rulers to launch the Amotekun corps in Ibadan, stressing that it will compliment the efforts of the existing security agencies in the six states.

I escaped due to negligence of police, says rearrested suspected serial killer 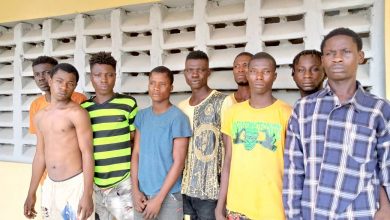