A 41 year old lawyer, Ismail Yahaya has been appointed as the new traditional ruler of Ajase-Ipo town by the Kwara State Government and was on Monday presented a letter of appointment as Olupo of Ajase-Ipo

Penpushing reports that, the monarch from the Alebiosu ruling house  was born on February 11, 1980,and a law graduate of the University of Ilorin., a member of the United Kingdom Chartered Institute of Arbitrators.

The new royal father who was until his appointment was the managing partner and Head of Chambers, Clarke (SAN) and Muhammed Legal Office succeeds Sikiru Atanda, who died in February after a brief illness.

Penpushing further reports that, the State Commissioner for Local Government and Community Development, Chieftaincy Affairs, Aliyu Saifuddeen, speaking at the  presentation which took place at the State Secretariat Phase One in Ilorin, explained  said the selection of Yahaya was  an honour well deserved.”

“I also wish to state categorically that His Excellency Governor AbdulRahman AbdulRazaq has always accorded due recognition, respect and support to the traditional rulers since the inception of this administration. He ensures their welfare and comfort at all times. This has greatly assisted our royal fathers in the discharge of their traditional responsibilities,” he added.

“There is no doubt that Royal fathers are well respected and highly revered. They are veritable tools for grassroots mobilisation, cohesion, socio-economic and political development. They are the custodians of tradition and culture for people and they are always available to assist their subjects in the resolution of conflicts,” he added.

Penpushing also reports that, the commissioner urged the new traditional ruler to use the position to promote peace, tranquillity and progress among his subjects, while in the same vein, the. Permanent Secretary of the Ministry, AbdulRazaq Alabere, called on him to always carry his people along in the developmental strides of the state government.

The monarch in his acceptance speech, assured his subjects that he would be fair and carry everybody along in the discharge of his responsibilities, and also commended Governor AbdulRazaq for his neutrality at ensuring that the choice of the people from the community prevails, promising to encourage peaceful coexistence among his people. 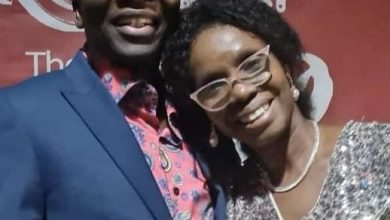 Your silence will encourage bad leadership in Nigeria, Achudume begs journalists to beam searchlight on leaders