The Kaduna State Governor,Nasir El-Rufai has admitted that Nigeria is no doubt  in war with terrorists and called for the total annihilation of bandits and other non-state actors perpetrating terrorism in Nigeria.

Penpushing reports that, El-Rufai stated this while speaking at the Federal Government Town Hall Meeting on National Security, held at the Main Lecture Theatre of the Kaduna State University (KASU)

‘We are in a war with these terrorists who are challenging the sovereignty and monopoly of the instruments of coercion of the Nigerian state and its territory’, the known frankly speaking Governor said.

Penpushing further reports that, he pointed out that the bandits have lost their right to life under the constitution and must be wiped out entirety, stressing that there is no other way to approach the current insurgency situation today as far as governmental action is concerned

“Amidst the sorrows and suffering insecurity has caused to many of our citizens, some of our compatriots will be tempted to dismiss gatherings like this as futile and impotent gestures. No one who is in a position of responsibility can deny the necessity for firm action in the form of proactive and sustained offensives against the criminals who menace us’, he said.

“Such security operations will not only cripple the outlaws, but will also reassure ordinary citizens, bolster the morale of the security agencies and provide an alternative focus for the energies that are being dissipated on fractious endeavours.”

Penpushing also reports that, the governor, however, advised security agencies to collaborate as it is expedient in the war against the criminals, noting that the situation in which the security agencies mostly only react to cases of banditry and abduction is unacceptable.

“The situation in which the security agencies mostly only react to cases of banditry and abduction is unacceptable. We are in a war with these terrorists who are challenging the sovereignty and monopoly of the instruments of coercion of the Nigerian state and its territory. Our security forces must collaborate to take the war to them, recover and restore the un-governed forests these terrorist occupy, and enable our law-abiding citizens to engage in their legitimate pursuits, including farming and livestock production, without fear.”

The Governor emphasised that he is convinced that, setting benchmarks for enhanced security and national unity is important, explaining that those who have been concern about the danger insecurity posed to national cohesion will appreciate the importance of securing a collective understanding of the problems and the solutions.

” Everyone that has been concerned about the danger that insecurity has posed to national cohesion will appreciate the importance of securing a collective understanding of the problems and the solutions.”

” The Nigerian state has not jealously and consistently protected its prerogatives and status as the leviathan, the ultimate guarantor of security, the protector of rights and the promoter of the rule of law. That is why its power is being challenged, in a frighteningly sustained manner by a phalanx of armed non-state actors’, he added.

“Our national level security response to these challenges has been uncoordinated and ineffective in wiping out the threats. None of the military services nor other security agencies has been suitably expanded in numbers and equipment for over a decade since the insurgency in the North-East pushed things to a new low.

“This country does not have enough soldiers, uniformed police and secret police to project state power across its vast swathes, particularly the forests. The limited number of boots on the ground are not well equipped and are significantly lacking in the technology that can make their limited numbers matter a lot less.”

“The justice system operates with ethos and at a pace that do not reflect the fragility of the situation and the urgency to demonstrate that the rule of law is meaningful. Prosecutions take so long that many citizens assume that the criminals have long been released, encouraging criminal conduct, and raising the dangerous appeal of illegal self-help. The delays in the dispensation of justice in Nigeria has made criminals to fall more in love with our Courts than the innocent. This is unsustainable and unacceptable. 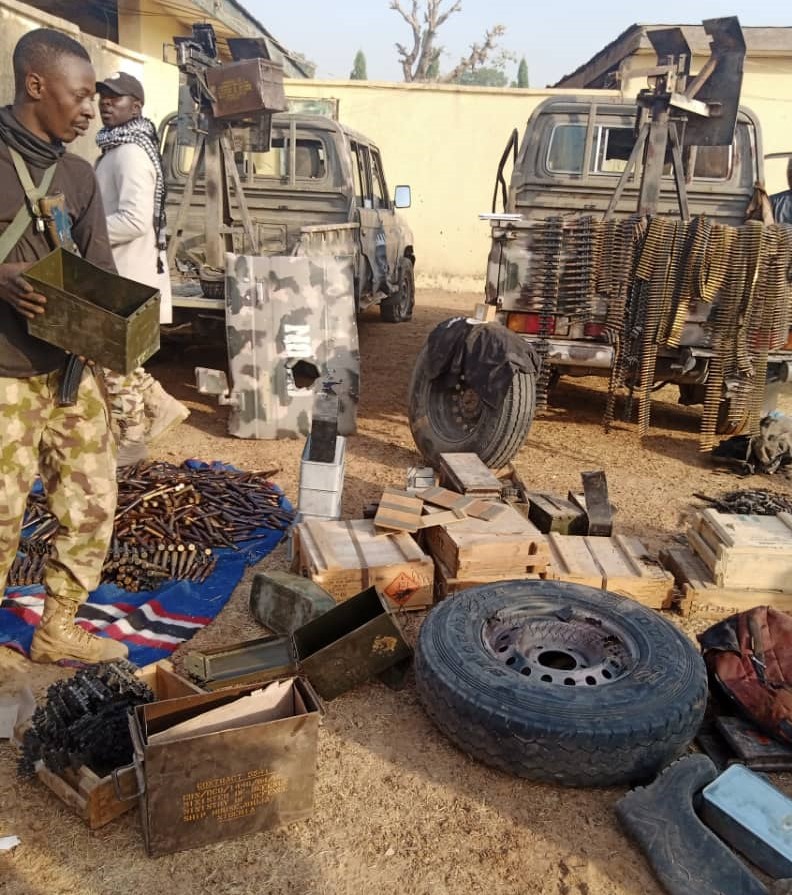 “The subnational levels – that is the states and local governments combined – have limited hard power but considerable options and scope for the exercise of soft-power using the traditional institutions, community and political leaders at the grassroots – but which require for its effectiveness the looming shadow of credible coercive power. Unless our state governments, local governments, emirs, chiefs and community leaders know that the state can protect them and deal with criminal elements decisively, the exercise of soft power is reduced to weak appeals to behave well.Too many carrots without sticks lead to the near-anarchy we are witnessing.”

Penpushing reports that, El-Rufai posited that the country requires urgent action to identify and deal decisively with all state and non-state actors engaged in “conduct that amounts to challenging the supremacy of the Nigerian state and our Constitution without ethnic profiling or discriminatory treatment.”

The outspoken Governor declared that,  government at all levels should provide immediate and enhanced funding to acquire advanced equipment, armament and ordinance for the armed forces, police, security and paramilitary agencies;

“Centralised policing in a federation is not only a contradiction in terms. The state governments today bear most of the burden of the running costs of the Federal Police anyway, so why not the sub-nationals the state police now,” he said.

“We should also devolve more responsibilities and duties to the states to enable greater accountability and minimise the habit of blaming the Federal Government for every ill in Nigeria. We should therefore expeditiously amend the Constitution to vest all on-shore minerals, including petroleum in the states now.

“A unitary and dysfunctional judiciary that is so slow in dispensing justice that it amounts to being on the side of the criminals need to be decentralised and reformed. The Constitution should be expeditiously amended to remove the unitary control of the superior courts and federalise our judiciary now.”

Penpushing further reports that, the Governor was of the view that to address the banditry prevalent in the north-west and north-central, the national livestock transformation plan must be implemented.