“We wish to report that the APC governorship primary scheduled to hold on Thursday, May 26, 2022, at the Sheergrace Arena, Nsikak Eduok Avenue, Uyo, Akwa Ibom State did not hold at all’, electoral umpire stated

Penpushing further reports that, it is recalled that, the Resident Electoral Commissioner alongside the commission’s monitoring team, accompanied by Commissioner of Police in the state, Andrew Amiengheme, arrived at the venue of the primary for the third time at 6:45 p.m., without seeing anyone. 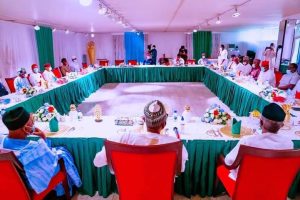 The commission and the police boss were informed that the All Progressives Congress (APC) election committee members were held up by an angry group of the party members along a major road in Uyo, while the operatives of the State Security Services (SSS) later rescued the party election officials that night and took them to the security service facility in the town.

Penpushing also reports that, it is recalled that, Chairman of the Election Committee, Tunde Ajibulu had told resident electoral commissioner that he was unable to leave the State Security Service (SSS) office because he was traumatised and could go ahead with the primary.

The election committee boss  reportedly informed Igini that Sheergrace Arena was not the venue given to him by the party’s national office in Abuja to conduct the governorship primary and concluded that all activities be postponed until he gets back at the Commission.

Penpushing reports at that point, the Resident Electoral Commissioner addressed journalists presented at the venue, and thereafter left the venue at about 10:30 p.m. on the said day, but a faction of the party later held the governorship primary of the party around midnight at a different venue.

The controversial primary was said to have declared Akan Udofia, a new entrant to the party said to have joined the party less than a month in the party, as the winner of  what was described as kangaroo exercise. 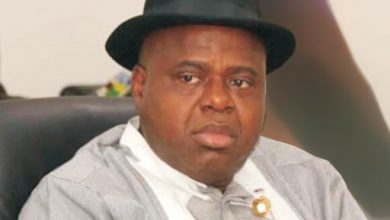