The villagers of Libegun Aregbe community in Obafemi-Owode Local Government Area of Ogun state said to have been in existence for over 450 years on Monday raised alarm over alleged demolition of  their houses and shrines by the Ogun State  government  .

Penpushing reports that the villagers led by the Baale(village head), John Akinbola  lamented during a peaceful protest that no prior notice given them before the government officials commenced the demolition exercise, adding that there was no compensation awarded them as well,arguing that the demolition will lead to the extinction of the community founded by their forefathers.

The protesters while appealing to Governor Dapo Abiodun over the demolition of their properties by estate developers, expressed fear  that their sources of livelihood have  been destroyed by the government officials .

“The state government didn’t inform anyone in the village that they are coming for the  demolition. Nobody had meeting with us. We just started hearing  the noise from the caterpillar demolishing our properties and our shrines .

“We are calling on our governor, Prince Dapo Abiodun to come to our aid. We are not angry about any estate in our community but we should be giving a village extension as  a settlement. Our school, polling booth and other amenities in the community should be spared”. 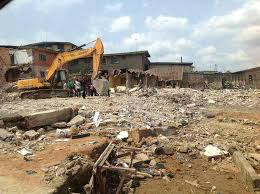 ”This village has been in existence for over 450 years and the history is there for everyone to see. We are not under Kopabe. It is our founding fathers that established Kobape as a market over 100 years ago, so Libegun is far older than Kobape even as a community.

“All I can tell my people is that we should remain calm, nobody should result into fighting or anything inimical to the peace of our community because of this development.We know that this government is a listening one, and I believe they will hear and come to our aid.

“This is like they are trying to extinct us from our own land which is wrong. Even if the government wants to do anything in any Community, they are supposed to carry along the people leaving in that community. Not to come and destroy our houses and do whatever they want. This is not the promises they gave us when we were voting for them”.

“This is only place we have known as home. So, we do not agree with  this. If they want to continue this project, let them come and dialogue with us. We need them to provide us a village extension it  will ameliorate the suffering we have been subjected to. Where do they want our families  to stay, do they want us to go and start sleeping under the bridge? I have an aged parents in this village, where do I take them to?”

The Special Adviser to the Governor on Public Communications ,Remmy Hazzan when contacted   faulted the claim of the villagers, explaining that the proposed site for the estate had  been aqcuired for over to  four , contrary to claims of the villagers.

“I am aware of the estate development in Libegun area by the Ministry of Housing. The community grouse about the estate development in Libegun is not correct. The only building on that site was even a church which was demolished by the last administration. However, the only thing I think the government can do is the compensation, which I believe may have been done if not.” 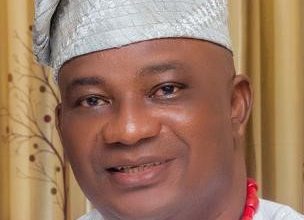 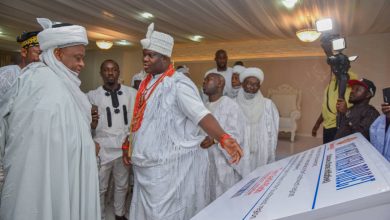