The Ogun State Governor, Prince Dapo Abiodun of on Sunday raised alarm that vandals have carted away some poles and cables of the newly installed street lights on the Abeokuta-Siun-Sagamu road, which is  few kilometres to Abeokuta, the state capital.

Penpushing reports that, the street lights were part of the projects to be commissioned by President Muhammad Buhari, during his official visit to Ogun State on Thursday, as announced by the government.

“Last night, we were coming from Ijebu-Ode and noticed that some parts of the lights were not on and on enquiry, we were told that some poles were vandalized and the cables stolen. I will be sending a Bill to the House of Assembly for a punitive measure for anyone caught vandalizing public utilities. 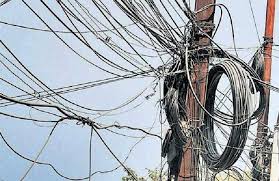 Penpushing further reports that, , in view of this, Abiodun read a riot act to vandals of public infrastructure and utilities in the state, declaring that anyone found culpable will be punished according to the law

‘Let parents warn their children and wards. I won’t entertain any call from parents whenever anyone is caught in the act of cultism, vandalism, banditry or any other criminal activities. We will find them out and the full weight of the law would be brought upon them. We will make an example of them”, he stressed.

The Governor pointed out that the warning became expedient due to the activities of vandals who have stolen the poles and cables of the newly installed street lights on the Abeokuta-Siun-Sagamu road.

Penpushing  reports that, on the special church service, Abiodun said that the Armed Forces Remembrance Day was specially chosen to celebrate the service men and women whose job is to protect the people even to the point of paying the ultimate price, describing it as the ultimate act of patriotism. 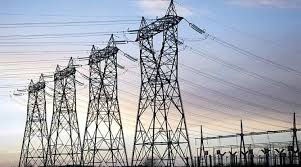 The Governor, who took a swipe at those who continue to sow the seed of discord in the country, said the best way to support members of the Armed Forces apart from paying their entitlements and taking care of the widows and orphans of the fallen heroes, was to ensure that peace prevails in the country.

Penpushing further reports that, he reiterated that his administration would continue to encourage peaceful co-existence among all Nigerians, while security apparatus in the state has been regiged with modern gadgets, just as the farmers/herdsmen clashes had been curtailed.

The Provost, Cathedral Church of St. Peter, Ake, Abeokuta, Very Reverend (Dr.) Issac Adeniji, in his sermon titled, ‘Heroes of Faith, Our strength’ regretted that the world has witnessed many senseless wars which had led to loss of millions of lives and make many women widows and children orphans.

Penpushing also reports that, Adeniji who took his text from Hebrews 11: 32, likened Nigeria’s uniformed men and women to the people of the old who were risks takers, saying that it was expedient that Nigerians continue to pray for those who lost their lives in the course of maintaining peace in the country and other parts the world, and those they left behind.

The cleric, therefore, called on the authorities to pay the ex-servicemen and women their entitlements and not wait until their demise, while the welfare of the widows and orphans of the fallen heroes should also be accorded prompt attention.