Initially, I didn’t want to delve into the controversy over the gospel hit song, “Oniduro,” because I have intervened behind the scenes in concert with other stakeholders in gospel music ministry. However, I discovered that online media would not allow the dust to settle calmly.

I want to state that Tope Alabi, Adeyinka  Adesioye a.k.a Alaseyori and Tolu Adelegan are all members of the same family of God and they belong to the same calling – singing ministry. They all profess to hear, receive and be led by the Holy Spirit. Until now, I didn’t know about Tolu Adelegan who is based in my home town, Akure, Ondo State. She’s the original composer of the hit song in 2014.I know Alaseyori faintly not because she popularised “Oniduro” song but because of her “Aye OpeYo” (There’re reasons for thanksgiving) track. The song is original, inspirational and powerfully rendered. It is one of the most popular Yoruba songs on social media for birthday celebration. Other Yoruba songs commonly used for celebration include Wasiu Ayinde’s “Ade Ori Okin,” “Oniduro” and Tope Alabi’s “Lati Inu Oyun” among others.

The genesis of thebrouhaha is traceable to talented Tope Alabi’s revelational  talk during a live show where she said she received a divine instruction not to sing “Oniduro” because God, to her, is way more than “Oniduro” which literally translates to mean “The Guarantor.” The outrage that greeted the statement was overwhelming. The rage went global. Last Sunday was a sour one for Tope Alabi and her avowed fans who were short of words to defend their music idol. A few of them burst into tears online asking “Auntie Tope, why, why, why did you dip yourself in this mess?” Many online statuses lamented: “Auntie Tope has fallen our hands.” Facebook and Instagram live shows were hauling insults and reprimands at Tope Alabi for unbecoming utterance of a super star like her. Last weekend was not palatable for her at all.

Incidentally, Alaseyori’s profile began to soar like an eagle per second on social media. Her fans base swelled big time to an extent that her Instagram account became verified within two days. Shola Allyson’s intellectual intervention on the controversy also shored up her own online followership while Tope Alabi was losing some followers. I must confess that Tope is greatly loved and appreciated, otherwise, for her to still have the majority of her fans intact despite the wide condemnation of her statement shows that she’s still a darling of her teeming fans. Taking swipes at her is a way ofregistering disapproval of what they considered a disappointing attitude. It will serve as a deterrent to her and others not to err by sitting in judgment over the works of other people.

To the issue at stake, Tope has no audacity to make such a comment on the song in the first place. I’m not doubting the message she claimed to have received from the Holy Spirit because I was not there when she received it. In my opinion, the message is personal to her and not for the public. The more reason she should not have made it public. Personal messages are strictly personal. I don’t want to align with those who are insinuating that Tope acted out of sheer envy. Some said she felt threatened. I do not agree with that opinion at all. There’s no basis for Tope to feel threatened by Alaseyori. That’s unthinkable.

“Adeyinka is my daughter in ministry. Her Pastor asked me to pray forher because she took after me, which I did wholeheartedly. Envy who? Never! I love the girl so much. She can confirm to you, sir, that we relate so well. God has given each of us the grace to go as far as His enablement could carry us. The atmosphere is wide enough for everyone to stretch her wings of gift without disturbing one another.”

Tope spoke with me Tuesday evening and it was hot. I was harsh on her because the controversy was needless andavoidable in the first place. She was overwhelmed with calls, messages and, in fact, at some point, she asked “UncleMike, do you want me to run mad? Will you be happy if I die of heart attack because of this matter? You, too, have acknowledged in your voice note that I would be under intense pressure. I’m being bombarded with calls and visits by pastors since Monday morning till now. As we speak, another group of Pastors are coming in now. I guess it is because of this same issue. Uncle, you’re too harsh on me. You know me better than many people around me today beingmybigbrother.

“I have been inundated with diverse counsel from different quarters. I hardly sleep since this matter started. While I attend to Nigerian fans on phone calls and online chats in the daytime, our people in theDiaspora will engage me throughout the greater part of the night over the same matter. I feel safertalking with you Egbon mi. You will understand me better than those who don’t know me closely. I’m not a perfect person yet, I’m still a work in progress in the hands of God. I want people to see me as a mere mortal with my own weaknesses, human frailties and as a learner in the limitless knowledge of God. I am who I am today only by the mercy of God and the support of millions of gospel music lovers. I have no support base elsewhere outsidethe awesome Nigerians who feel uncomfortablewith my statement. I see the depth of anger as the measure of their love, admiration and solid support for me and for all of us in the singing ministry. 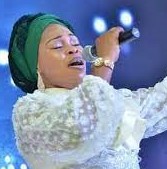 “Let me acknowledge that my mistake was that I externalised a personal message in public; and I’m awfully sorry for doing that. My friends, colleagues and leaders in ministry who criticized me either openly or privately simply feel disappointed because of the love we share.We are too knitted in the Body of Christ to allow anythingto divide us. Human factor is part of our life.

“For those who keep quiet but chose to intercede for us on their knees instead, may God honour them all. And for those who defended me even without speaking with me, I can’t appreciate them enough. Egbon Michael, those hosting live shows on social media are my strong fans. Most, if not all of them have been playing my music for years without paying them for the free adverts. I don’t begrudge them for their diatribes over the matter. I love them so much. We can’t do without one another. I value them greatly.

“Sir, I will get back to the public soon. Sister ToluAdelegan is a woman I hold in high esteem. Adeyinka, like I said earlier, is my daughter in ministry, they are all valuable sisters and associates that nothing can separate us. This is a mere fog, it will fade away in no time.

“For thecomic fellows who are already releasing comedy skits over the matter, I burst into laughter (she laughed again) watching some today. What a creative people we are. Nigerians are awesome minds who will fashion out tension relievingstuff from every situation. Sir, I appreciate them all.The Bible says in Hebrew 12: 14 that we should pursue peace with everybody and holiness, those are the conditionsfor usto see God. This is the acceptable path for all of us tofollow. Egbon mi, I thank you, sir.”

“Let me acknowledge that my mistake was that I externalised a personal message in public; and I’m awfully sorry for doing that.” 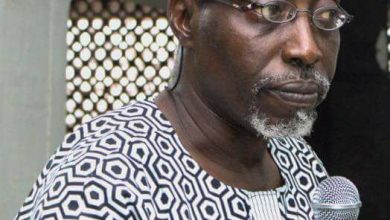 An open petition to heaven: When plunder becomes a way of life for a group of men in a society, overthe course of time, they create for themselves a legal system that authorises it and a moral code that glorifies it – Frederic Bastiat 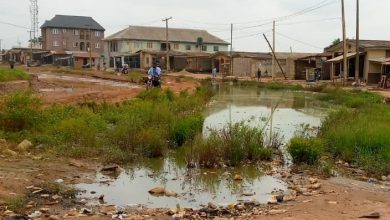 For the record: State of Ogun road(s) in Ifo Local Government Area