A 84 year old veteran politician, Chief Mufutau Ajibola has led group of politicians under the banner of All Progressives Congress (APC) in Ogun West Senatorial  District of Ogun State to purchase N20 million  nomination form for Olamilekan Solomon to contest the senatorial seat in the state in the forthcoming election.

Penpushing reports that, the donors numbering seventy-one tasked themselves to offer the financial assistance to the millionaire politician as their own contributions, and to show their commitments towards genuine support for him ahead of the party primaries and beyond.

The presentation of the purchased nomination form was done by the 84 year old politician and leader in the zone, at the private residence of the aspirant, in Ilaro, on behalf of the group, as investigation revealed that he(Ajibola) who on his own contributed N300,000 for project. 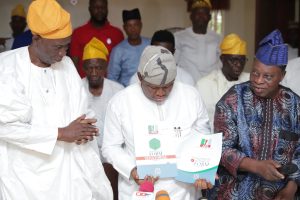 Penpushing further reports that, Ajibola in his speech said Solomon popularly called ‘Yayi’ had been found worth as relevant son of the soil from the zone, and the preferred candidate to run for the senatorial seat in Ogun State on completion of his term as a Senator representing Lagos State.

The old horse in politics who also served as member of the Ogun State House of Assembly under the administration of the first civilian Governor of the State, late Olabisi Onabanjo said the group is all out to ensure the victory of Solomon both at the party primaries and general election.

Penpushing also reports that, Central Chairman, W2W4DA Convergence, the umbrella body of the group Dr Kunle Salako in his speech, explained that the movement started about six weeks ago, to work towards of the project in support of Solomon

The chairman explained that after endorsing Solomon for the race, the body took another step and resolved to purchase nomination form for him, adding that voluntary cash donations were made by the likeminds

Penpushing reports that, Salako said thereafter the group sent a strong message to Senator Solomon to throw his hat into the race to represent Ogun West in the Senate at the national assembly.

‘Following the release of the guidelines for conduct of the primary election by the APC, some members of the W2W4DA Movement and other sympathizers decided to come together to raise the money needed to procure the APC Senatorial Expression Of Interest and Nomination forms, buy the forms and present same to Senator Adeola’.

‘A total of 71 people across the length and breadth of Ogun West, most of them here present cutting across public servants, professionals in the private sector, business men, community leaders and Ogun West indigenes in diaspora voluntarily donated to fund the procurement of the forms raising the needed amount under 48 hours between 3pm on Monday 18thand Wednesday 20th 2022’.

‘Just as we had young people in their 30s contributing, we also had elders in the 80s putting their hard-earned money into this project.  This is an unprecedented feat signifying a new trajectory of collectivity and brotherhood in Ogun West Senatorial district’, Salako said.

‘Today, Wednesday 4th of May, we are here gathered to further the agenda of W2W4DA Movement with respect to the senatorial seat of Ogun West from June 2023 by presenting these forms to Senator Adeola’.

‘This action is to further demonstrate our full commitment to the agenda and to send clear signal that it’s not about YAYI but about our collective interest. We strongly believe that Senator Adeola is a great asset that should be tapped by Ogun West for enhanced socio-economic and political development of the district hence our actions’.

Penpushing further reports that, in response, Solomon said he was overwhelmed with the gestures, adding that with the development he was better convinced about the support of his zone.

The Senator added that, the coast is now clear for him, with the genuine support coming from his kinsmen and party supporters, assuring that if elected he would not disappoint the electorate and his senatorial district 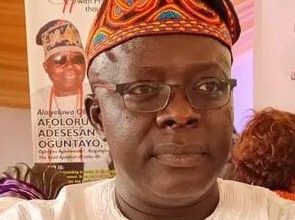 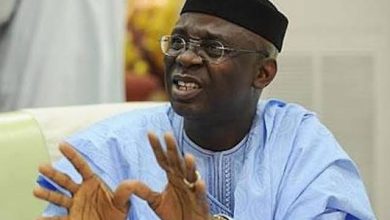 My zero vote is badge of zero tolerance for bad politics, but I am still next president after Buhari, says Bakare