The Publisher of Prestige Newspapers, Dada Olanipekun has written a petition to the Ogun State Police Commissioner, over alleged plot to assassinate him by Dada Korede, Secretary of Association of Nigerian Authors (NAN), Ogun State Chapter.

Penpushing reports that, the petitioner said the printed threat to his life was released to him through  the association’s Whatssap group  contact which reads,’ Just warn Dada Olanipekun,he is too old to lose his teeth I will surprise you all, if he does not avoid my path. 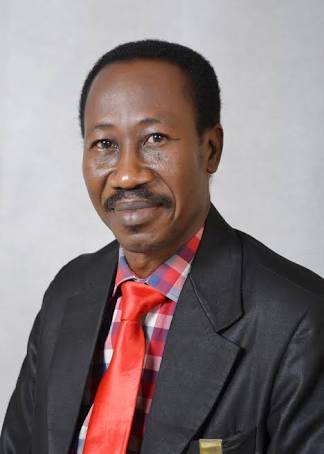 The Publisher in the petition with a printed copy of the threat statement forwarded to the police   said, based on these premise, he strongly believe his life and business are in danger, and called on the police to come to his aid, to safeguard his life, family and business.

Penpushing further reports that, in a swift reaction Korede denied the allegation, explaining that, he only exchanged  mild verbal reactions with the publisher, following altercation between them, adding that Olanipekun is fond of exhibiting anger over non-issues at all time

The association scribe explained that, he replied Olanipekun that he was too old to lose his teeth, when he threatened to fight him, adding that his offence with the Publisher was when he told him, the activities of the association were under reported in the media, and as a publisher, the association should not lack adequate publicity.

‘I really don’t know what this man want, Penpushing Media is the sixth media outfits to call me on this alleged threat to life. I have no cutlass, and am a peace loving man. He was my Chairman in Association of Nigerian Authors, Ogun State Chapter and I am the Secretary’, Korede said.

‘My offence was that I told him our activities are under reported in the media. He is fond of fighting, and I told him he is too old to lose his teeth, if he wants to fight me. Nothing evil in my comment. I don’t have anything against him. Let him come and proof the threat to his life’

Penpushing also reports that, the Police headquarters in Abeokuta have invited him over the petition, and promised to honour the police invitation as soon as he is back from his Abuja trip, adding that the petitioner is ‘a man of anger, a man of hot tempered, who is fond of initiating fight even over non-issue, we all know him for this’

The alleged Secretary said one of his comments in reactions to Dada’s comment was, ’now I am Mr Secretary to you. When a tyrant, despot  and fastidious person goes unhindered, its because he is surrounded by sycophants. Tell Olanipekun to work on his anger, pride and generosity in abuse. I will surprise you all if he does not avoid my path. We are all contemporaries, referring to me as Omode is arrogant. I am not his employee. You may avoid the truth as usual, I am not bothered’