Penpushing reports that, the groups converged at the Iwe-Iroyin Press Center, Abeokuta, as their take off point, before marching  to some designated spots in the town calling for support for Osinbajo who has announced his interest in the race.

The Isiaka group known as ‘The Believe Movement’, organized the rally in conjuction with Integrated Supporters for Osinbajo(ISO) and others while members were displaying banners with the inscription ‘Lets Get the Progress Moving. Believe in the New Tribe’ 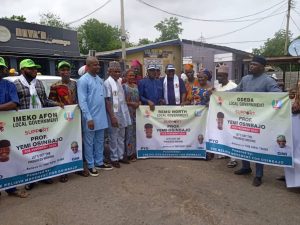 Penpushing further reports that, the supporters adorned with Osinbajo  ‘T-Shirts and fez caps were drawn from all the twenty local government areas of the state, and seen in high spirit, dancing to high heaven as they march round the town.

Penpushing also reports that,  Isiaka during an interview after the rally  said that he doesn’t see the Vice President Osibajo declaration as a betrayal to Tinubu, as being speculated in some quarters, adding that it was a clarion call .

“I think it is a clarion call that he has heeded to. If there are issues that need to be sorted out, I think there are better ways of sorting that out aside the fate and the future of 200 million Nigerians”, Isiaka posited

“This is in solidarity and approval of the declaration earlier today by Professor Yemi Osinbajo to run for the President of Nigeria in the 2023 elections which was broadcasted this morning’, he added.

“This is being repeated in quite a number of other states from the reports I’m hearing and I think what it says is the approval of people for his candidacy and if you notice, this has been on for quite a while by various support groups, so what the support groups have done is just to come together and show appreciation for the declaration and also the readiness to work for him towards winning the election’, he said. 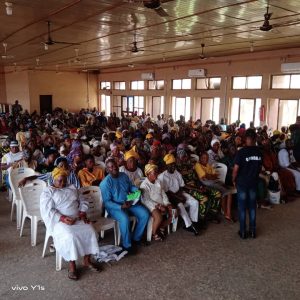 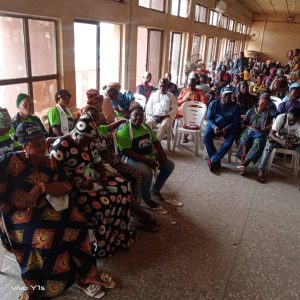 “From the speech that he delivered, I think everything is contained therein. He spoke about his capacity, his capability even before coming into government, he spoke about his experience in government in the last seven years, marshaling the various challenges that we have and he also mentioned the various things that need to be done’.

“Number one, to continue with the various things that are being done now and even to make it better. I think he had the capacity and experience and readiness for the job. I want to say that he is probably the number one that we have within the APC today.”

Penpushing reports that, it is recalled that, Osinbajo had earlier made declaration on his social media handle of intention to run the race, to succeed his principal, Muhammad Buhari whose administration tenure expires in May 2023

The Vice President in his declaration speech posted on his social media handles, said he has, in the past seven years as vice president, traversed every part of our country, meeting Nigerians of every cadre, class, tribe and walks of life, both young and old

“For the past seven (7) years, I have served as Vice President under a true Nigerian patriot, President Muhammadu Buhari. In these 7 years, while on the train of duty and service, I traversed every part of our country, meeting Nigerians of every cadre, class, tribe and walks of life, both young and old; I MET YOU’, he wrote. 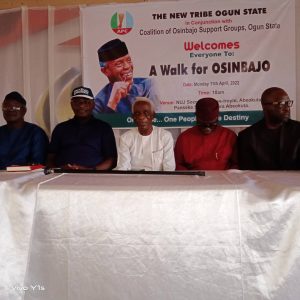 ‘I’ve stood where you stand and sat where you sit. I know and I understand our hopes, aspirations and fears from a place of relatable proximity; and I believe that in those hopes and aspirations are the seeds for the great Nigeria that we all desire’, Osinbajo added.

‘I believe that the very reason why the Almighty God gave me these experiences, these insights, and these opportunities, is that they must be put to the use of our country and its great peoples’, he stated.

‘This is why today, with utmost humility, I formally declare my intention to run for the office of the President, Federal Republic of Nigeria, on the platform of our great party, the All Progressives Congress’, he declared.

‘I also most solemnly and respectfully seek your support as fellow Nigerians everywhere in this land and the diaspora, as we embark on this great and exciting journey that lies ahead of us’, Osinbajo emphasised.