Penpushing reports that the incident happened on Friday when the Rapid Response Squad (RRS)  RRS, of the Borno State Government led by their commander, Abioye Babalola, responded to a distress call by some of the travellers who had managed to escape from the bandits attack

The sources said  the gunmen who rode in five gun trucks stormed the highway after engaging some personnel of the counterterrorism unit of the police, while many vehicles stopped and number of  travellers jumped out of  the vehicles befor fleeing  into the bush.

“While they were rounding up some of us, the travellers who could not escape, the RRS squad suddenly arrived and engaged them in fierce shooting, which forced them to abandon the passengers, one of the travelers narrated,”

“It was a fierce fight and the RRS policemen did well because they arrived on time and kept on fighting and advancing while shooting teargas that forced the gunmen to flee and left us lying face down.”,he added

Penpushing further reports that, a driver of one of the vehicles said he was coming from Damaturu towards Maiduguri with passengers when he noticed a military truck attempting to overtake him

“I was coming in from Damaturu with my Maiduguri-bound passengers when suddenly I saw a military vehicle trailing. I tried to give them a way to pass but when they were overtaking me, I noticed that it was not a military truck but Boko Haram’.

“I was scared, so I decided to make a u-turn. When they moved ahead and then suddenly turned and started following us, so I had to stop the vehicle and told my passengers that we were under attack by Boko Haram’.

“We ran into the bush, as we noticed three more trucks of Boko Haram coming. It was scary. They did not fire at us, but we had to keep running. We later returned to the highway and a payloader gave us a lift to Auno where we informed the police RRS who moved in toward their direction.”

“We only did what we are mandated to do which is protecting commuters along the Maiduguri-Damaturu highway. It happened at Garin Kuturu, some few kilometres before Auno, and when we responded to the quick intel shared with us by the locals’, he added.

‘But before we reached the spot we noticed that they had fired … and they hit a patrol vehicle of the counter-terrorist squad. So we moved in and we saw that they were rounding up passengers’, the commander said.

“We engaged them while releasing tear-gas that blinded them. They eventually fled and abandoned the passengers who we assisted to safety. We have also helped a driver rescue his abandoned vehicle, a Sharon minibus’, Babalola stated. 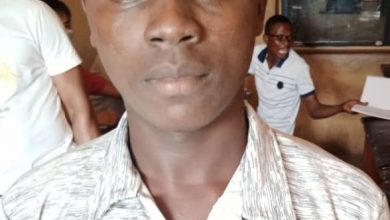 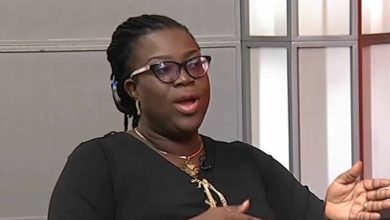 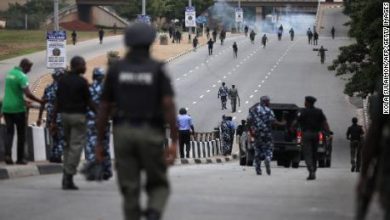 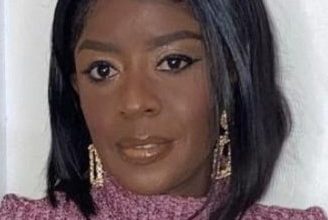