Penpushing reports that, the duo were arrested  and detained since Thursday, but the police claimed the suspects were fingered in the looting that occurred a few weeks ago as administrators of  the WhatsApp groups, hence, they are being asked to provide their members.

The Osun State Police Command Public Relations Officer, Yemisi Opatola did not deny the arrest, but posited that the two persons detained played roles in the arson that followed the protests in the state.

Penpushing further reports that, Opatola justifying detained of the duo, said the authorities still busy investigating, stressing that on completion of investigation, the needful would be done, adding “they are still being investigated. After the investigation, we will know what to do.”

The police spokesperson, however, did not give reason why the arrest of the two  WhatsApp administrators was not made public like previous ones, and was also silence on when the duo will be arraigned.

Penpushing also reports section 35 of Nigeria’s 1999 Constitution provides that the police should not detain any suspect for longer than 48 hours without a court order, just as number of Human Rights groups have being clamouring against alleged  abuse of fundamental human rights by the police. 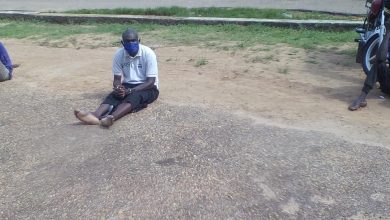