The Police Community Relations Committee (PCRC) Abeokuta Metro Command on Wednesday laid the foundation of its command headquarters located within the premises of the Police Area Command at Oke-Ilewo, Abeokuta,Ogun State Capital

Penpushing reports that, the Commissioner of Police Edward Ajogun led the police team alongside the executive of the Police Community Relations Committee (PCRC)  in conducting the laying ceremony exercise.

The Metro Chairman of the Police Community Relations Committee (PCRC), Hon Yomi Whyte in his welcome speech noted that the construction of the official headquarters was found and deem necessary by the committee for effective administration

‘We deem it fit to have our own official secretariat and offices, rather than just sitting under the trees for meetings and performing other administrative functions. We as PCRC area command started operations last year’, he stated

Penpushing further reports that, Whyte pointed out that the committee had been operating harmoniously in its area of jurisdiction, with adequate support of the police, expressing optimism that, on completion of the project; the police will also be beneficiary of the hall, which is part of the building 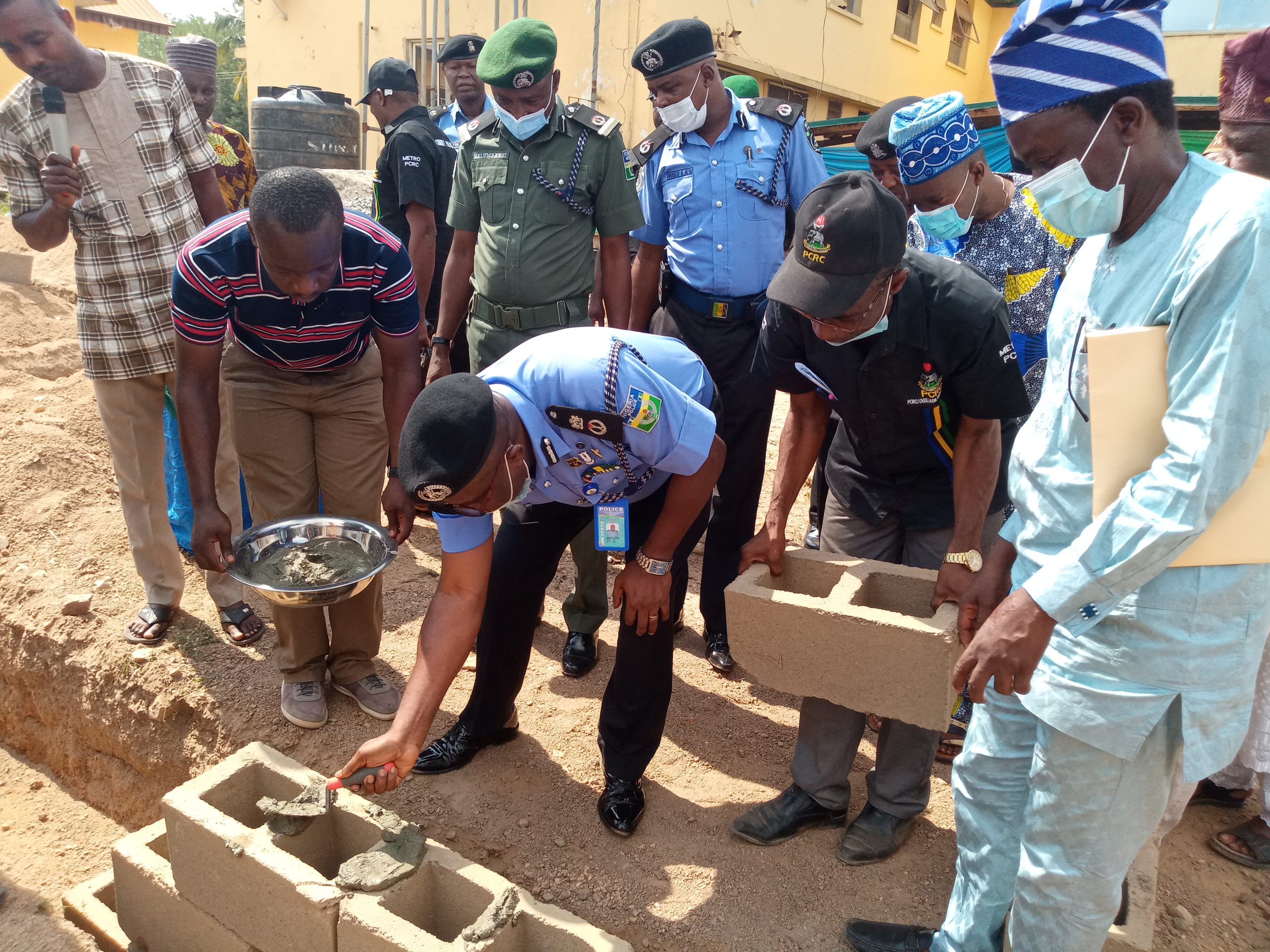 The Ogun State Chairman of Police Community Relations Committee (PCRC), Samson Popoola in his brief remarks commended the initiative of the metro command, stressing that it was a welcome development.

Penpushing also reports that, Popoola noted that the first phase was the foundation laying ceremony, hence, the need for the executive  and members of the metro command not to relent in efforts to embark on immediate construction

The Committee boss charge members on urgent need to task themselves in seeing to the fruition of the project, which he pointed out as reference to other commands, and need to be emulated for the service of the community.

Penpushing reports that, National Vice Chairman, South-West of the Police Community Relations Committee(PCRC), in his own remarks profusely commended the metro command, adding that the leadership of the committee in the South-West and National headquarters are proud of the proactive nature of the command.

The South-West leader of the committee emphasized that, the project embarked by the command worth emulating, calling on executive and members not to rest on their oars towards the completion of the building in due course.

Penpushing further reports that, the Commissioner of Police who laid the foundation and unveiled the plague praised the Police Community Relations Committee (PCRC)  for what he called ‘a giant stride’ from the command. 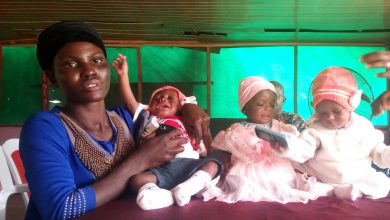 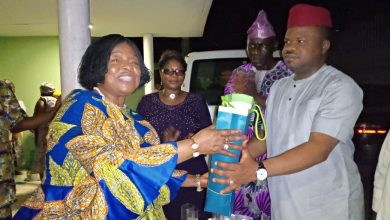