An Assistant Commissioner of Police, Okubo Aboye has been sentenced to life imprisonment alongside his mechanic, Niyi Afolabi by Ekiti High Court, in Ekiti State for buying a stolen car from kidnappers.

Penpushing reports that, the police boss was found with a Toyota Hilux van he claimed to have purchased from his mechanic who got it from kidnappers, as stated in the charge sheet read at the court.

The charge sheet said the commissioner committed the  offence between 9th -19th  May 2005 at Government Reservation Area(GRA), in Ado Ekiti, adding that armed kidnappers, abducted one Moses Ajogri and robbed him of his Toyota Hilux van with registration number APP 509 BK.”

“On or about the 9th – 19th day of May 2005 at GRA, Ado Ekiti. The kidnappers then armed themselves with guns and kidnapped one Moses Ajogri 40 and robbed him of his Toyota Hilux van with Reg. No. APP 509 BK”, the charge reads

Penpushing further reports that, the prosecuting counsel, Felix Awoniyi, informed the court that the offence contravened sections 346(2), 1(2)a, and section 5 of the Criminal Code Cap C16 Laws of Ekiti state, 2012 and Robbery and firearms special provisions Act, Cap R11, laws of the federation of Nigeria, 2004.

The judge, Justice John Adeyeye, while delivering judgment pointed out that evidence before the court showed that both the police chief and his mechanic were aware that the car was stolen before buying it.”

”It would be a slap on the face of the court if the police boss is not properly dealt with according to the provisions of the law.I find you guilty of receiving a stolen vehicle. All evidence pointed to the fact that you were aware that the car was stolen. You are hereby sentenced to life imprisonment for the offence”, the judge declared 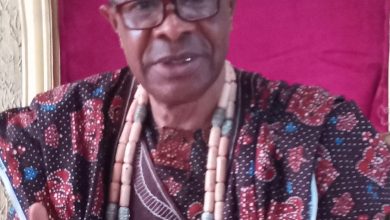