The Oyo State Police Command on Tuesday explained that it rejected   some suspects brought to its Mokola and Iyaganku Divisional detention facilities by the operatives of Western Nigerian Security Network, otherwise known as Amotekun because they (suspects) were not admissible for detention

Penpushing reports that the Command Public Relations Officer, Olugbenga Fadeyi in a statement said the suspects were brought to the station by Amotekun operatives in terrible bad health conditions; hence, police has no option than to reject them until when treated

The statement said the news making round about police refusal to admit the said robbery suspects brought by Amotekun was obvious fake news to illustrate that the police is uncooperative towards jointly combating crime with the said body.

Penpushing further reports that, Fadeyi said  the command is committed towards partnering with sister agencies and local security outfits towards bringing the level of crime to the barest minimal in the State, calling on men of various security operatives within the State to desist from treatment of suspects with antipathy, inflicting serious bodily damages that often times results in death.

The police explained that the differences in policies and modus operandi guiding its operations compared to other security agencies is different, adding that the police force as an organization is jurisdiction sensitive and structured in such a way that offences committed in a particular Area of Responsibility (AOR) cannot be treated in another, as this is done for efficiency and accountability sake

“The original sight of the robbery  as gathered by the officers on duty as at the time of the case transfer and from the promulgated news is Iwo road area under the responsibility of Agodi Division’.

‘Investigation also revealed that no case of armed robbery has been reported in the Division or any other  of  its environ as at or prior to that time, this is a course to look into and to do so, the enforcement of jurisdictional policing must be observed.”

“The Amotekun operatives had earlier visited Mokola Division where they were advised to the best of the knowledge of the receiving officers and with the information at their disposal that the Division with the AOR to best handle the case is Iyaganku Division’.

‘Upon getting to Iyaganku Division, the officers at the receiving end after critically analyzing the story taking its origin into consideration  did not reject the suspects but directed that the suspects be taking to Agodi Division, a directive that was disregarded which led to the misconception  making the rounds.” 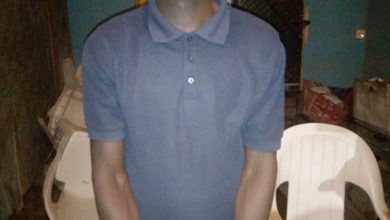 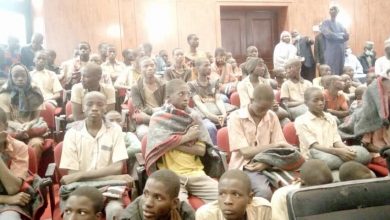