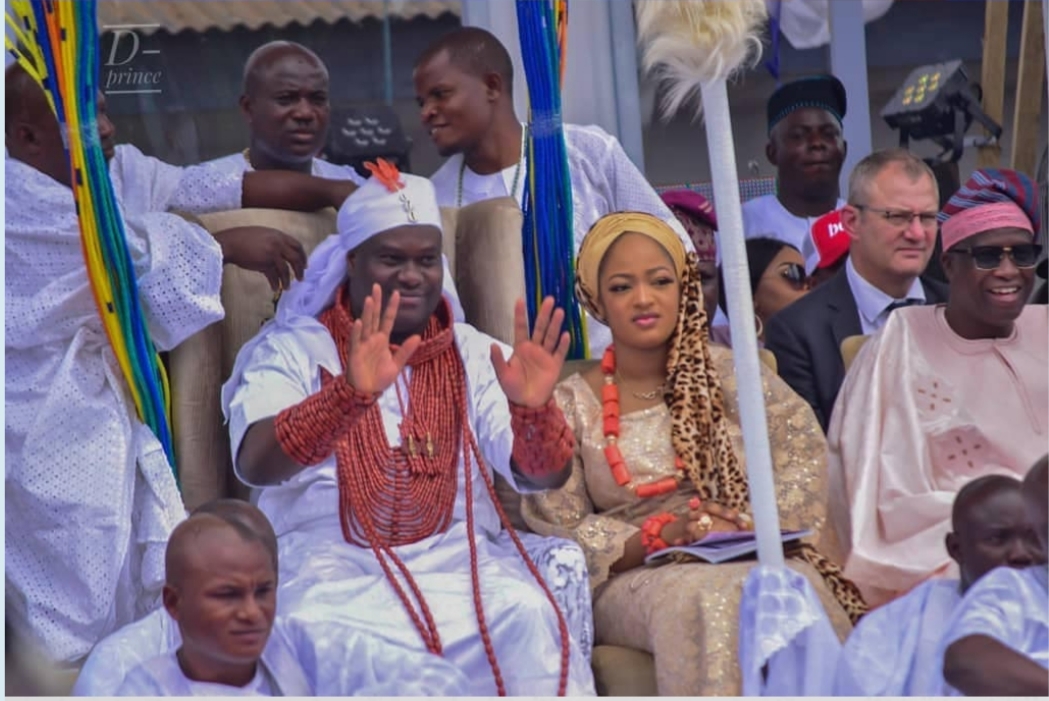 The tradition holds that Ile-Ife is the cradle of the Yorubas, the city of survivors, spiritual seat of the Yorubas, and land of the ancients, and on this day of Olojo festival Ooni (king of Ife) appears after several days of seclusion and denial communing with the ancestors and praying for his people.

This is to make the traditional ruler and spiritual head of Yoruba race pure and ensure the efficacy of his prayers, and before the Ooni emerges, women from his maternal and paternal families sweep the Palace, symbolically ridding the Palace of evil.

The Ooni later appears in public with the Are crown (King’s Crown), which is believed to be the original crown used by Oduduwa to lead a procession of traditional Chiefs and Priests to perform at the Shrine of Ogun.

Penpushing further reports that, the 2019 edition was another colourful package with the palace and the ancient town in celebration mood.  The Arole Oodua after seven days in seclusion came appeared to the public with the ancient Aare crown as the annual

The Imperial Majesty flanked by his beautiful queen, Olori Naomi Silekunola Ogunwusi(Yeyeluwa), appeared to the waiting hands of the crowd in an all-white traditional attire with colourful beads shortly before wearing Aare crown which was handed down by Oduduwa, the progenitor of the Yoruba race.

Penpushing also reports that, the waiting crowd on setting their eyes on the foremost African monarch, and being aware of the huge spiritual implications of the crown raised their voices in prayers as the Ooni who is the natural father of the Yoruba race worldwide equally prayed for them before walking down to the Oke Mogun and Idi Aje shrines to offer prayers.

The President of Nigeria, Muhammadu Buhari who was represented by the Minister of Interior, Ogbeni Rauf Aregbesola earlier in his speech described culture as major factor that should be adopted by Nigerians to define their identities towards playing vital roles in nation building.

“This administration has been making frantic efforts to support the diverse cultural values of Nigerians; our people should focus on these values and use it for human and economic development.” Buhari said.

Penpushing further reports that, Aregbesola , a former Governor of Osun State on his personal message acknowledged the modern twist to the event, thanking the  royal father for upholding the prestigious African culture.

The incumbent Governor of Osun State   Alhaji Gboyega Oyetola represented by his Deputy, Gboyega Alabi described the festival as a mirror of the African cultural values, adding that his administration is committed to ensure that people of the state use culture to design the development of the state.

Penpushing also reports that, His Royal Majesty, will on October 19 confer the prestigious chieftaincy title of Odole Oodua on Sir Adebutu Adebukunola Keshington, the ceremony in   consent of the House of Oduduwa

The conferment was the first since the monarch ascension of the throne as the 51st Ooni of Ife, the cradle of Yorubaland,  and  Odole is a special office which works closely with the Ooni in rallying the descendants of Oduduwa across the globe for unity, peace and progress of the race, recalling that The Odole Oodua, position was once occupied by the late Chief Obafemi Awolowo and subsequently by Chief G.O.K Ajayi.

Penpushing further reports that Odole Odua is a highly revered chieftaincy in Yorubaland pioneered by the great Oranmiyan while he was still a Prince of Ife who served as a rallying point and stabilizing force among the powerful empires within the expansive Oduduwa territory before becoming the Ooni in Ife after his exploits which cut across Benin and Oyo kingdoms where he established his Royal Dynasties which have been in existence till date.

The history has its roots in the remarkable roles played by Oranmiyan, the great ruler of old Oyo and Benin kingdoms, who was known to be virile, bold, adventurous, circumspect, dutiful and at the service of his other siblings.

Penpushing reports that Oranmiyan stood as an effective link between them, and It was his commitment to a united Oduduwa family that is referenced in the fragment of his panegyric “Akantunkansi or as’Otuns’osi, Akinn’ile Akinl’ogun” (the great link to both sides, the brave both at home and at war.

Penpushing also reports that, even though both Benin and Oyo kingdoms were at a point most powerful domains within the expansive Oduduwa territory, but Oranmiyan ensured that they never overran each other.

“Odole” derives from the expression “Odo ile Oodua” (the youth in the house of Oduduwa), stating that it is a contraction of the expression adopted as a title to perpetuate the ideal of internal cohesion for which Oranmiyan stood in the Oodua family of the ancient days’.

‘The traditional title of the Odole of Ife has been retained as part of Ife’s social and political system and specially conferred on distinguished Oodua descendant who in present times can replicate the roles played by Oranmiyan’.

Penpushing further reports that, in the contemporary history of the Oodua people, the late sage, Chief Jeremiah Obafemi Awolowo, who later held the title of Asiwaju Ile-Oodua which has since been left unfilled till date, was the first to be honoured with the title after Oranmiyan, and  the second holder of the title was the late Chief G.O.K. Ajayi (SAN), while Sir Adebutu Adebukunola Kensington is to be the third in the line.

Penpushing also reports that Keshington like his predecessor is known for exemplary life achievements and awesome potentials for positive social transformation were a crucial factor in his consideration for the prestigious position.

‘From a very humble background to a life of a successful businessman of national and international repute, a philanthropist of rare breed and a social reformer of distinction, Sir Adebutu has emerged as the most suitable candidate for the position. He hails from Iperu Remo in Ikene Local Government area of Ogun State, Nigeria’.

Penpushing reports that, the choice of Adebutu Keshington as the Odole Oodua is also in recognition of his philanthropy, positive contributions to human development, and promotion of Yoruba prestigious cultural values and traditions as descendants of Oduduwa.

‘The Kensington Adebukunola Adebutu Foundation(KAAF) and the medical laboratory and Maternity Centre established in 2005 among other commitments to the service of the poor and other vulnerable people in the society attest to this’, a statement said.

Penpushing further reports that, the palace said in line with the established process of filling such an important position, both the political and spiritual wings of Ile-Oodua have sought Adebutu’s consent in this regard on behalf of the Ooni and he has presented his acceptance of the offer to the Arole Oodua’ Olofin Adimula, the Ooni of Ife for final ratification.

‘All the necessary rites attached to the installation are being observed ahead of the installation ceremony slated. The kings, the high chiefs (AGBA IFE) and chief priests (THE ISOROS) are atop of the coronation rites which will reach the climax on the eve of the event in October 2109’,the palace emphasised. 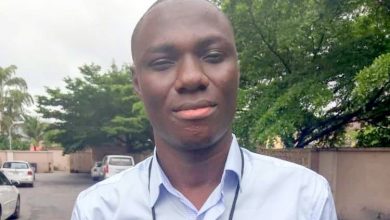 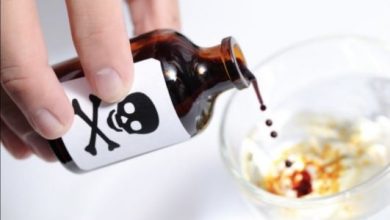