The widow of former Biafran warlord Odumegwu Ojukwu, Bianca was alleged to have on Thursday, engaged in a public fight with immediate past first lady of Anambra state,  Ebelechukwu Obiano

Penpushing reports that the public brawl occurred during the inauguration of Governor Charles Soludo, where the widow was reported to have slapped the former first lady, said to be going round to greet notable personalities at the event.

The source at the function added that, the wife of the immediate past Governor Obiano, was said, on getting to where Bianca was sitting to exchange pleasantries allegedly mocked  Bianca, saying she never believed she would  attend the function, having being a critic of her husband’s administration

Penpushing further reports that, the immediate past first lady was quoted to have allegedly told Bianca, “I thought you said we would never be Governor’, a comment said to have ignited Ojukwu”s anger, who was reported to have slapped her in response

The show of shame almost caused a temporary hitch during the ceremony, before the situation was later brought under control when both ‘fighters” were separated by guests and officials at the function.

Penpushing also reports that, another source alleged that it was the former first lady who slapped Bianca, but this claim could not be ascertained as at the time of filing this report

The widow of the Biafran warlord, had earlier before Soludo took oath of office, wrote on her Facebook , that the inauguration of the new administration as liberation day to sing redemption song 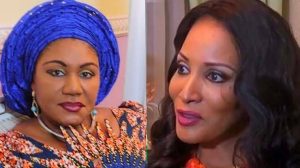 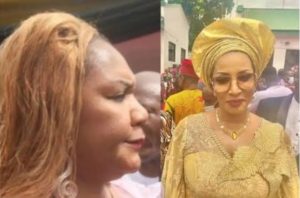 “It’s liberation day, and today we sing the redemption song. Anambra will be better. This is the day the Lord has made…a day that reaffirms the age-long truth that no-one holds the stage forever. I thank the Almighty for keeping us all alive to witness this day,” she wrote.

Penpushing reports that following the ugly development the sworn in Governor, Soludo, as at the time of filing this report was said to have apologised over the incident 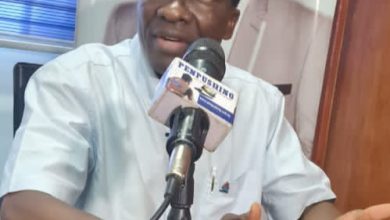