Hundreds of youths on Friday embarked on a vigil in major streets of Abeokuta, Ogun State Capital as part of arrangements to protest police brutality and the call for final end of the Special Anti-Robbery Squad (SARS)

Penpushing reports that, the protesters stationed themselves in strategic locations, known to be the beats of the men and officers of the dissolved Special Anti-Robbery Squad (SARS) in the town, with many of them holding lighted candles

The aggrieved  youths  who commenced the protest  as early as 6am, had earlier in the day engaged in jumat service on the road, a development which caused hectic traffic jam across the town.

Penpushing further reports they were seen with number of placards carrying inscriptions such as  “#End Police Brutality, No more audio ban, My business will not grow if you keep SARS, End SARS Brutality Now, End Swat, iPhone no be Gun, This is a New Nigeria, #END SWAT NOW, Fucking end Police Brutality now and stop killing us” 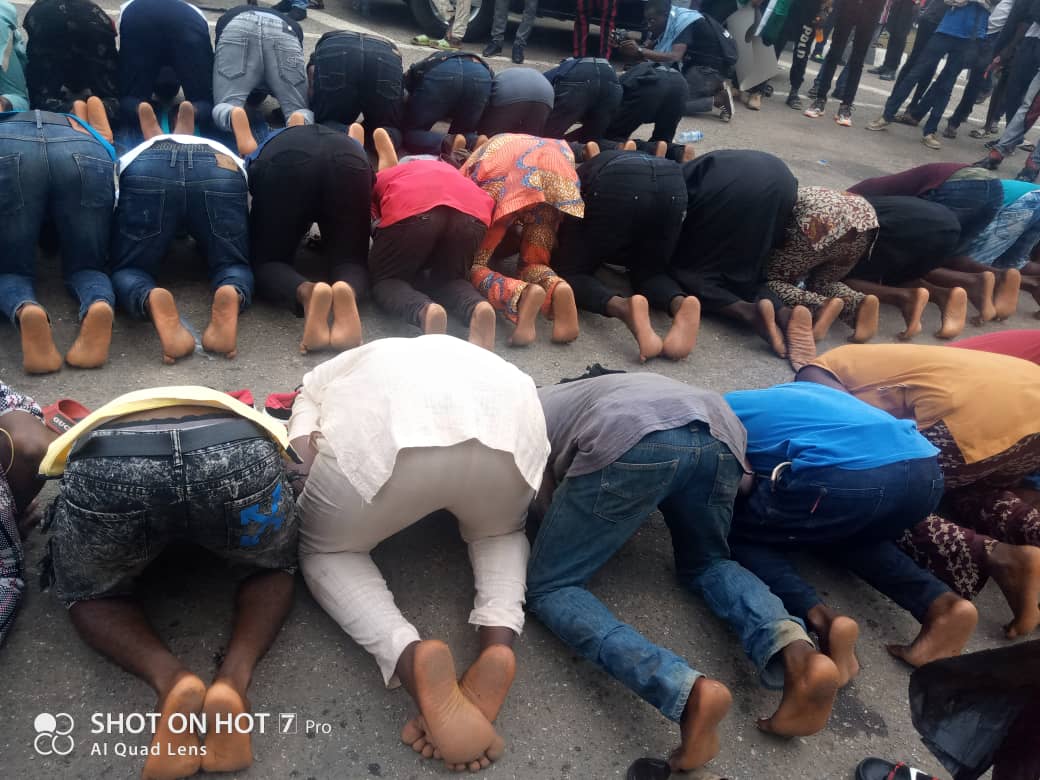 The protesters, who also mounted barricade in number of entry points to Abeokuta, however demanded that the police should be reformed, with good welfare package by the authorities adding that the police will not disturb any youths if they are being paid well.

Penpushing also reports that the protesters who appeared determined to spend days on the road for the protest, were seen with foods and drinks being distributed to them, said to have been donations from some residents.

The protesting youths to keep body and souls together had arranged  music to keep them alive, as findings showed that, at every points of the vigil, music of different lyrics were blaring, which they were equally dancing to

Penpushing reports that, the youths declared that they won’t leave until government addressed their demands, adding that they have equally concluded arrangement to hold church service on the road on Sunday

Inside Aso rock: Osoba, others task Buhari on devolution of power