The Ogun State Government has disclosed that it has commenced work on the bad portions of the Sango-Ota-Ijoko road located in Ado-Odo/Ota local government area of the state to ease the suffering of commuters on the road.

Penpushing reports that the Secretary to the State Government, Mr. Tokunbo Talabi, made this known on Tuesday at a press conference held at Olusegun Osoba Press Centre, located at Governor’s office, Oke-Mosan Abeokuta

The scribe explained that the palliative work would be completed in two weeks, adding that the reconstruction work will move towards Akute on the border with Lagos in the coming weeks, stressing that, there is a cordial relationship between the state and the Federal Government on finding a lasting solution to the deplorable condition of sections of the road.

“What is happening is that the road is already contracted out and so it makes it difficult to go into a contracted road. On the source of funding, in recent times, the governor had personally delivered financial options to the Minister of Works, but they said not, that it was not going to work. We made another, they said it was not going to work and we did the third. We have moved around all the agencies that can support those options and they are in line’, Talabi said.

“We are not aware that those options are not acceptable, but it would be that the Minister had an advance knowledge of that, but that was not communicated to us. I am sure those grey areas will be sorted out in no time’, he assured.

“What I want us to know is that people find it difficult to differentiate between state and federal government roads. On that Sango-Ota-Ijoko road, there were options to use tax credit to fund the reconstruction and we found somebody with a tax credit suitable enough to fund the road’.

‘And if there is a gap, we are prepared to fill those gaps and that has been communicated to the various ministries involved. Discussions are going on between the governor and the minister and I am sure they are working towards resolving the issues’.

“One thing is certain, our people are suffering. You cannot delay that suffering and we are trying to ensure that bureaucracy does not stop the progress of enjoying the benefits of that road because it is a major artery of the state’.

‘Nobody will go to that road a number of times, where people are complaining, without having sympathy for those who use the road. So, it is understandable and we know that the governor will meet his own commitment by starting palliative work on that road”, he added.

Penpushing also reports that, Talabi, while assuring that the state government would do its bit to ensure that the road is motorable, attributed the poor condition of the road to more than 15 years of neglect, assuring that there would be a major improvement in the next two weeks.

The Secretary to the State Government on the pensioners demands explained that the government would henceforth pay gross salary to workers beginning from July, while the N500million  quarterly release to upset pensioner’s entitlements would also be sustained.

Penpushing reports that, Talabi who disclosed that a total sum owed pensioners stood  between N60billion  to N70bllion, also added that the total worker’s deductions amount to about N10billion, stating that the state government was working towards settling the outstanding arrears by the end of 2022.

The Commissioner for Information and Strategy, Abdulwaheed Odusile, speaking earlier  while briefing on the decisions taken at the State Executive Council meeting held Monday, revealed that the state government has awarded contracts for the construction of some roads across the three Senatorial districts.

Penpushing further reports that, Odusile said some of these roads include Ilaro-Owode road, Sagamu-Ikenne road, Siun-Owode road and Sagamu Round About- Iperu road, adding that the state government also approved the filling of vacant stools of some traditional rulers and change of names of some. 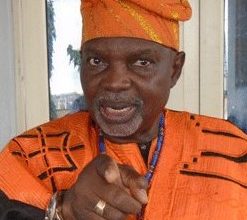 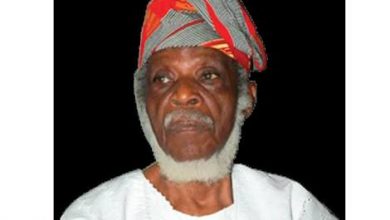 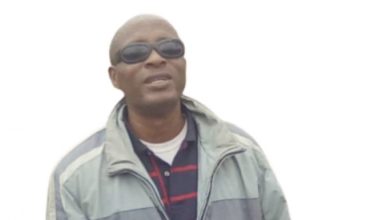