The Nigeria High Commission in United Kingdom under the leadership of Ambassador Sarafa Ishola has processed 19,068 applications while 18,042 passport booklets have been produced and issued to respective applicants since the mission reopened for passport processing after the lockdown,

Penpushing reports that, this was made known in a statement by the mission, adding that the explanation became imperative in response to some issues recently raised in the social media about the activities of the mission in relating to passport issuance.

The statement added that, the bulk of the remainders are mainly data change due to various reasons, as well as those with different errors by applicants in which case, some of the information filled on the online forms are different from the one in the current passport, or rearrangement of names, change of date of birth, addition of names, fingerprint errors for children or adult . 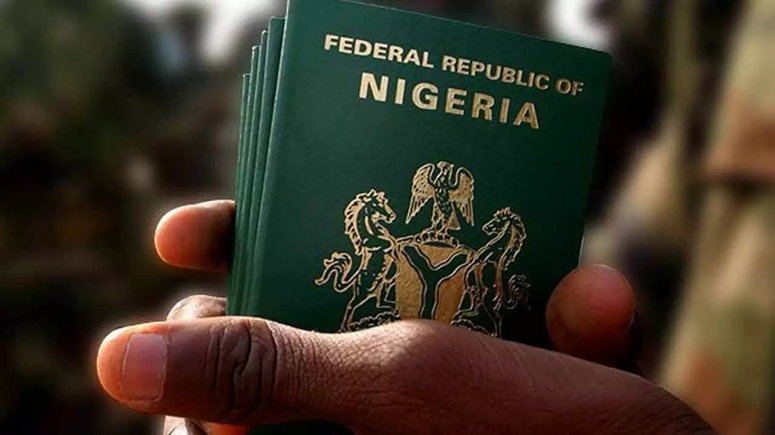 ‘It has become imperative for the High Commission to respond to some issues recently raised in the social media. It may be recalled that Mission informed the general public of the state of affairs prior to the reopening of the Chancery to members of the public’, the statement said.

‘It was widely announced that over 18,000 applications for passports were pending between December 2019 and mid April 2021 when operation was to commence after the Covid-19 lockdown. Further applications are still ongoing till today 6th July, 2021’.

‘It should be noted that since 12th April, 2021 when Mission reopened for passport processing, Mission had processed 19,068 applications while 18,042 passport booklets have been produced and issued to respective applicants’.

Penpushing further reports that, the mission on the online payment for passport processing explained that, the money realized from that, goes into s dedicated account for all the 52 passport issuing centres across the globe, adding that on denomination of passport payment in US Dollar, its only the Nigerian government than can explained

‘On the payment made online for passport processing, it should be emphasized that the money goes into a dedicated account for all the 52 passport issuing centres all over the world.  As for the reason for the denomination of passport payment in the US Dollar, only the Federal Government can explain that, not the Mission’.

Penpushing also reports that, the statement said the £20 administrative charge is approved for all Nigerian mission across the world, aimed to offset part of the running cost of the processing centre in the missions

‘Meanwhile, collection should have commenced in London since 2020 when approval was granted by the Government, but Mission decided to suspend its implementation until recently due to the Covid-19 scourge’.

‘As a result, revenue generation could not have been the mission’s target as insinuated by the author of the piece but the urge to render and deliver quality services to Nigerians and all those in need of its services’. 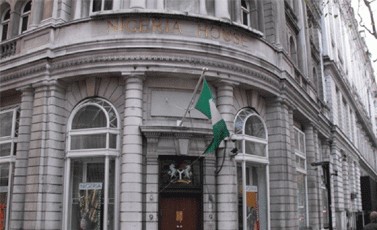 ‘Also, revenue generation could not have been the drive for the mission for introducing passport fast track service. If this position were true, the mission would have introduced the fee from the onset when the Chancery reopened for services in April’.

‘It would be recalled that passport fast track service was only introduced on 24th May, 2021, when the impatience of applicants led to patronising touts who charge between £170 and £350 per application, thus smearing the good effort of the officials of the mission who work tirelessly to ensure that proper and effective services are delivered to all applicants.

‘The main purpose of introducing passport fast track service is therefore, to give access to those who are in urgent need of the passport to obtain it with the payment of £100. It also helps to discourage racketeering. This is a global best practice, anywhere in the world, including the United Kingdom’.

‘On the allegation of lying, there is no element or iota of lie in all that have been explained, neither is anyone trying to make life difficult for any Nigerian. In fact, mission tries daily to see how it could serve Nigerians better by resuming at 8.00 am and close as late as 10.00 pm to process backlogs’.

‘The author of the write-up queried why only Nigerians buy postal order for passport. Maybe he should explain to all who is entitled to have a Nigerian passport. The use of postal order is to reduce the amount of time spent in the High Commission’.

‘The mission attends to between 250 – 450 applications daily. If another payment process were to be required while in the mission, this would have elongated the time spent in the mission by each Applicant, thus creating more chaos and more pressure on staff’.

‘Those with disabilities make use of the Chancery entrance and not the Immigration entrance. There is a ramp that is used for bringing in Applicants with disabilities. The location of the building makes it impossible to erect a permanent structure for this purpose’.

‘However, efforts are ongoing to relocate the passport section to Fleet Street in London, where adequate arrangements are already being made for Applicants as well as visitors with disabilities’.

Penpushing further reports that, the statement added that, the mission said as of now, is well aware of the need for improvement in the user-friendliness of its website and so, efforts are ongoing to reposition the website in such a way that facilitates better engagements with members of the public.

The mission said the issue of data capture for renewal is not peculiar to Nigeria, adding that many countries of the world issue visa to Nigerians because of the updated data capturing system.

‘For emphasis, dual citizens of Nigeria/Britain currently need a valid Nigerian passport to renew their British passport. It should not also be forgotten that Nigerians and British differ in assessment by Interpol and other Security Agencies across the world’.

‘Hence, we wish that our data system could compare with that of the UK. Despite the various efforts to compile the statistics of Nigerians in the United Kingdom, this has become difficult with Nigerians hiding under the Data Protection Act to refrain the Mission from having any cogent data on them, thus frustrating planning for them since the actual number of Nigerians in the UK is unknown’.

Penpushing reports that, on why Nigerians should do digital capture, the statement said the decision on this does not reside with the mission explaining that the mission merely implements Government policy as directed.

The statement assured that, the mission will continue to improve on consular services in compliance with its mandate, and equally expressed appreciation to those who acknowledge improvements on its services, adding that matters concerning other Agencies of Government would be referred for their consideration accordingly.