A journalist with the Yobe State Council of Nigeria Union of Journalists (namewitheld) has been suspended by the union over alleged rape of a four year old girl, said to be a daughter of a soldier.

Penpushing reports that, the union after an emergency meeting over the allegation said the journalist, who was remanded in custody by the police, will be on suspension until he is cleared by the courts of the allegation.

The Chairman, Nigeria Union of Journalists (NUJ) Yobe State Council, Rajab Mohammed said the police had arraigned the journalist before a magistrate’s court after five days in police custody.

Penpushing further reports that he was granted bail, but following his failure to meet his bail conditions, he was taken to the Potiskum Medium Correctional Facility pending further police investigations.

The union boss said the body had initially waded into the matter after being informed of the journalist’s arrest until the medical report of an hospital which examined the girl confirmed bruises on her genitals.

Penpushing also reports that, Muhammed explained that, the union as a critical stakeholder in the fight against gender-based violence, rape and other related offences, decided to allow the law to take its course on the matter.

“The union wishes to categorically state that, henceforth, acts of indiscipline, extortion, intimidation and other forms of unethical conducts will not be tolerated. Anyone found guilty will be dealt with accordingly,” he said..

“The NUJ wishes to let the public know that we are a disciplined organisation, law-abiding and critical stakeholders in transparency and accountability at all levels. Therefore, the NUJ disassociates itself from unlawful acts and would continue to fight injustice no matter who is involved to secure justice for everyone. Finally, I wish to officially announce the indefinite suspension from NUJ until the determination of the case and he is cleared by the court’, he said.

Penpushing reports that, the chairman, pointed out that, while the union would always stand by its members unjustly intimidated, molested, manhandled or abused in the course of discharging their professional duties, “members should not take this protection for granted to look for trouble, especially in their personal lives’ 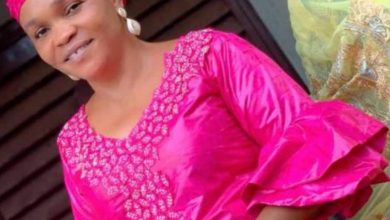