The Chief Medical Director of the Federal Medical Centre (FMC), Abeokuta, Dr  Adewale Musa-Olomu has disclosed that, his background to greater height was unpleasant and also had bitter experiences  as a growing young boy to be relevant in the future

Penpushing reports that, Musa-Olomu made this known while recalling his growing days at an award ceremony organized for him by the National Youth Council of Nigeria, Abeokuta branch held on Thursday at the multi-purpose hall of the Federal Medical Centre (FMC), Abeokuta.

The Medical Director in a  flashback and while narrating his struggle in life said, he was born by  very poor parents, who could not afford to further send him to secondary school after his primary education at Nawiarudeen Primary School, Abeokuta. 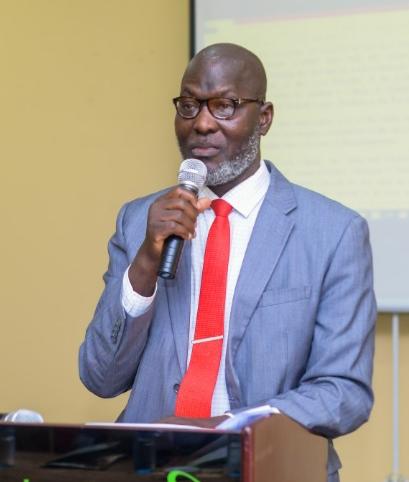 Penpushing further reports that, the surgeon recalled that, his father a peasant farmer and mother a petty trader were helpless to send him to higher school even having got good grade after the primary school certificate examination.

The number one Doctor at the Federal Medical Director said his mother took courage to travel to Ibadan, to see one of his (Musa-Olomu) uncle with the primary school certificate result, adding the uncle was then the Commissioner for Education in the Western region.

Penpushing also reports that, the innocent and poor Musa- Olomu said faith thereafter smiles on him, as the then commissioner became impressed by the result, and worked towards securing scholarship for him, which made it possible for him to get to university.

The Medical Director disclosed that, he would remain grateful to Nigeria, his country which gave him the opportunity, which resulted in good news for him as at today, with a pledge that he would ensure he reciprocate at every given opportunity.

Penpushing further reports that, the Medical Director called on youths to embraced education at all time, stressing that, education will always crush poverty, stressing at any available opportunity, he would consider youth for employment before anybody