A Socio-political group, the Alliance for Oke-Ogun Developement (AOD) on Thursday called on Directorate of State Security Service (DSS) to invite Sheik Ahmad Gumi over his alleged recent visitation to Oke-Ogun area in Oyo State.

Penpushing reports that  National Coordinator, of the group, Otunba Abiodun Fasasi, in a statement posited that  Gumi’s visit was a clandestine move called ‘Fulanization Agenda’ to make Oke-Ogun area another hotbed of crisis between the dwellers and the marauding Fulani herders.

The group alleged that Gumi’s recent visit to Igboho, in Oorelope local government of Oyo State, as contained in a viral video  was an attempt to relocate fleeing terrorists that are being smoked out of the Northern Nigeria to Oke-Ogun.

Penpushing further reports that the body related its allegation to a recent video of the Islamic Scholar in which he is seen with Prof. Usman Yusuff, a Professor of Hematology-oncology on a visit to Igboho, with the claim that the visit was for the continued unity of Nigeria.

The organization maintained that recent victory of the Nigerian Army over terrorists in the Northeast and other parts of the Northern Nigeria necessitated the visit of Gumi, Prof. Usman and others to Oke-Ogun area and called on the traditional rulers in the region to be wary of insiders who are ready to sell out to terrorists.

“It is rather mindboggling to hear that Sheik Gumi and his co-travelers were   in Igboho ,Oke-Ogun, Sheik Gumi is known all over the world as the harbinger, mastermind , mouthpiece ,solicitor and patron of banditry in Nigeria, to him, there’s nothing wrong with banditry, as a matter of fact, he sees it as a flourishing business;.

“It is more disturbing that an indigene of Oke Ogun can willingly be a host to a personality like Gumi, we want the DSS to investigate the real reason for his visit and the host equally has to be investigated, this is a person consumed by his passion for banditry to the extent of drawing an analogy between banditry and Niger Delta militancy’.

“As if that’s not enough he is the one saddled with the responsibility of championing the course of amnesty for the bandits, he recently accused the Nigerian President of political gullibility for tackling the bandits, trivializing the military action ongoing in Zamfara known as festival of fire by tagging it unwise decision that no reasonable solution can come out of;

“Against the backdrop of the above, convincingly we now know better who Sheik Gumi is, having seen the handwriting on the wall as the military action is neutralizing, eliminating and destroying the bandits in their scores and as the bandits are fleeing the northern parts of the country especially Zamfara and its environs, it’s unacceptable for Gumi and his bandits to see Oke-Ogun, Oyo State as their haven’.

“This will never be condoned, without mincing words, we can say Gumi has come as advance party for the relocation of the bandits, hence, the apex Sociopolitical group in Oke- Ogun, Alliance For Okeogun Development,  use this medium to charge the Federal government, the Oyo State Chief Security Officer, Governor Seyi Makinde, to look into this case and nip in the bud any untoward actions that Sheik Gumi’s visit may cause our peaceful region. We also call on our traditional rulers and the entire people of the State to be at alert against individuals that are strangers and might portend danger to our wellbeing,” he declared.

The body condemned Prof. Usman Yusuff for saying that Igboho community was made popular by what he called “a detainee in Benin Republic”, referring to Sunday Adeyemo ,popularly called ,Igboho as they claimed that Igboho town was more developed and popular for good things than the communities Sheik Gumi and Prof. Usman came from.

Penpushing reports that, it is recalled  that a video went viral recently where Sheik Ahmad Gumi was seen with Prof. Usman Yusuff at Igboho with the message for Nigerian unity, as they proclaimed in the video that they observed Fulani people and natives doing their businesses in peace while cows were grazing in their courtyards.

The Professor  said in the video “this is a town made popular by a detainee in Benin Republic, Nigeria is one and will always be one, we have just seen the hinterland where we have seen examples of how we should live and this is how we can all come together, all faiths, all tribes. 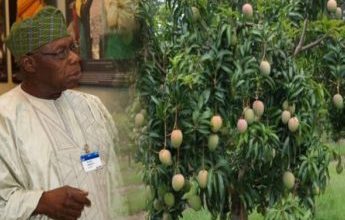 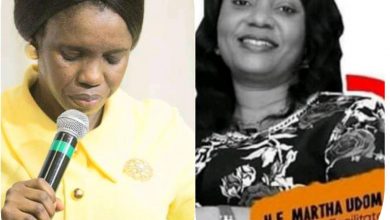 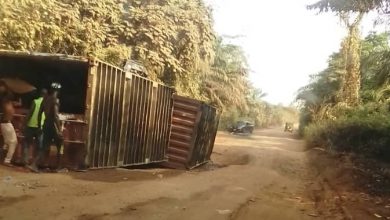 We have been cut off from Ogun State, community alerts Governor Abiodun 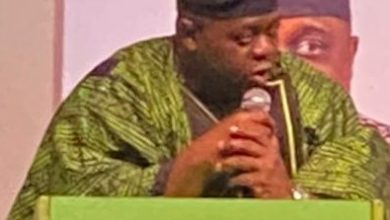