Dateline: Sunday, October 10, 2021, while the venue was The Light of Jesus Bible Church (City of Refuge) located at 46, Clem road, Ijaiye-Ojokoro, Lagos State, and the event of the day was Thanksgiving and retirement ceremony of Muyideen Olatunji Adisa, a known and celebrated Assistant Deputy Commissioner of Police.

Penpushing reports that,  he is one of the apple of God’s eye in the police profession, having passed through all rigours and dangers associated with job, and came out without any administrative blemish, or sustaining any injuries, throughout his 35 year old sojourn in the delicate job. He is better described as a man, who came, who saw and who conquered.

The blessings he received from God throughout his career in the police profession encouraged him to organize a thanksgiving and praise worship, in appreciation of God love for him, hence, he invited dignitaries from all walk of life to join him in the epoch making events. 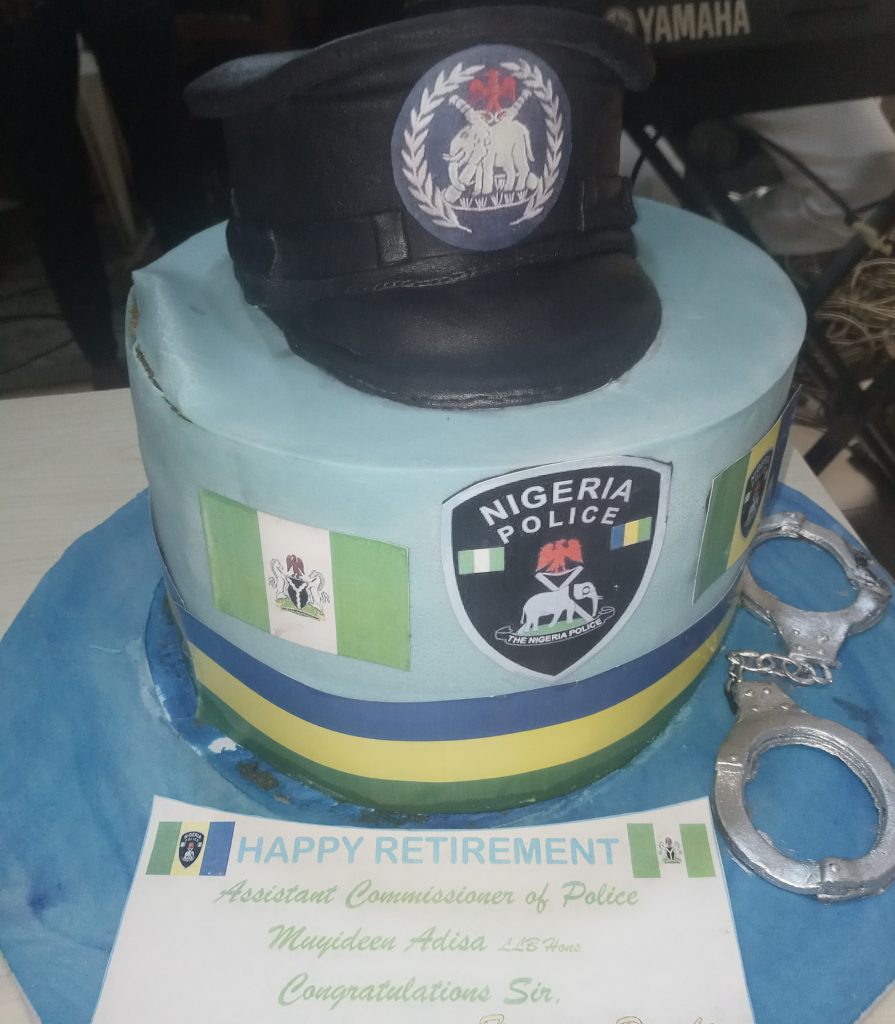 Penpushing reports that, the church was filled to brim by his guests who came to rejoice with him after fruitful years of active and meritorious service; it was one of the happiest day for the super cop, who could not hide his joy alongside his family members

The programme was kickstarted with opening prayer, followed with praise and worship, and opening hymn titled, ’To God be the glory’, while Bible reading came from Psalm 100:1-5, as well as exhortation by the Pastor and the church service rounded off with closing him titled, ’Great is they faithfulness and closing prayer and benediction.

Penpushing further reports that, the church choir were not left out of the colourful ceremony, as they were seen dishing out various melody songs to appreciate God, on behalf of the retired police officer, while the famous young and talented Celestial Church Prophet, Israel Ogundipe popularly called ‘Genesis’ also went ‘celestical’ with vibrating spiritual songs which added glamour to the ceremony.

The notable dignitaries at the occasion also came out to share their separate experiences and relationship with the retired but not tired Adisa, who is also set to embark on a legal practice in his chambers

Penpushing reports, the train of events after the Church Service moved to Fayab Hotel venue of the reception located in Adura area in Ijaiye-Ojokoro , Lagos State, where guests were entertained , as well as torrential dances by the celebrator and his well wishers

The guests who came from within and outside the country were full of rejoice, as they wined and dined together with the successful retired Assistant Commissioner of Police, an Ogun State indigene, who was born six decades ago

The profile stated further that, he was enlisted into the Nigeria Police Force on October 1,1986 as a recruit constable, appointed Cadet Inspector(Course 1/88 and posted to Ogun State Police Command as an Inspector in August 1989, and  began his career in the Nigeria Police Force  from Elere Division 1989-1991, Ilaro Area Command 1991-1995 and Sabo Police Station 1995-2001. 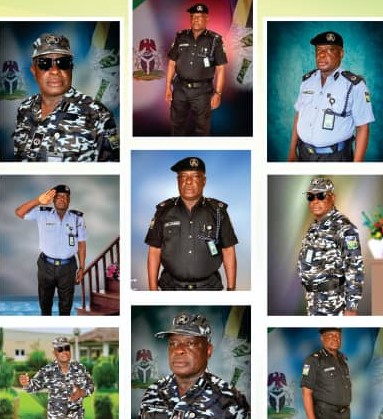 The profile also has it that, his  academic qualifications include LLB(Hons) University of Lagos(1997-2002),Nigeria Law School, Abuja(2003-2004), called to the Nigeria Bar on 12th February, 2004, while he has also attended courses which include: Cadet Inspector  POLAC, Kano between 1988 to 1990, CIVPOL Foundation Course, Kofi Annan Centre, Ghana  between November –December 2006 and 16th High level Course Centre of Excellence, Vizenca, Italy

Penpushing reports that, Adisa professional membership include: International Association of Chief of Police, New York, United States of America (USA), Nigeria Bar Association (NBA), and he is married to Deputy Superintendent of Police, Adijat Adisa and late Alhaja Serifat Adisa who was gruesomely murdered on 2nd January, 2021 by Fulani herdsmen in front of her filling station at Idere road, Igboora, Oyo State 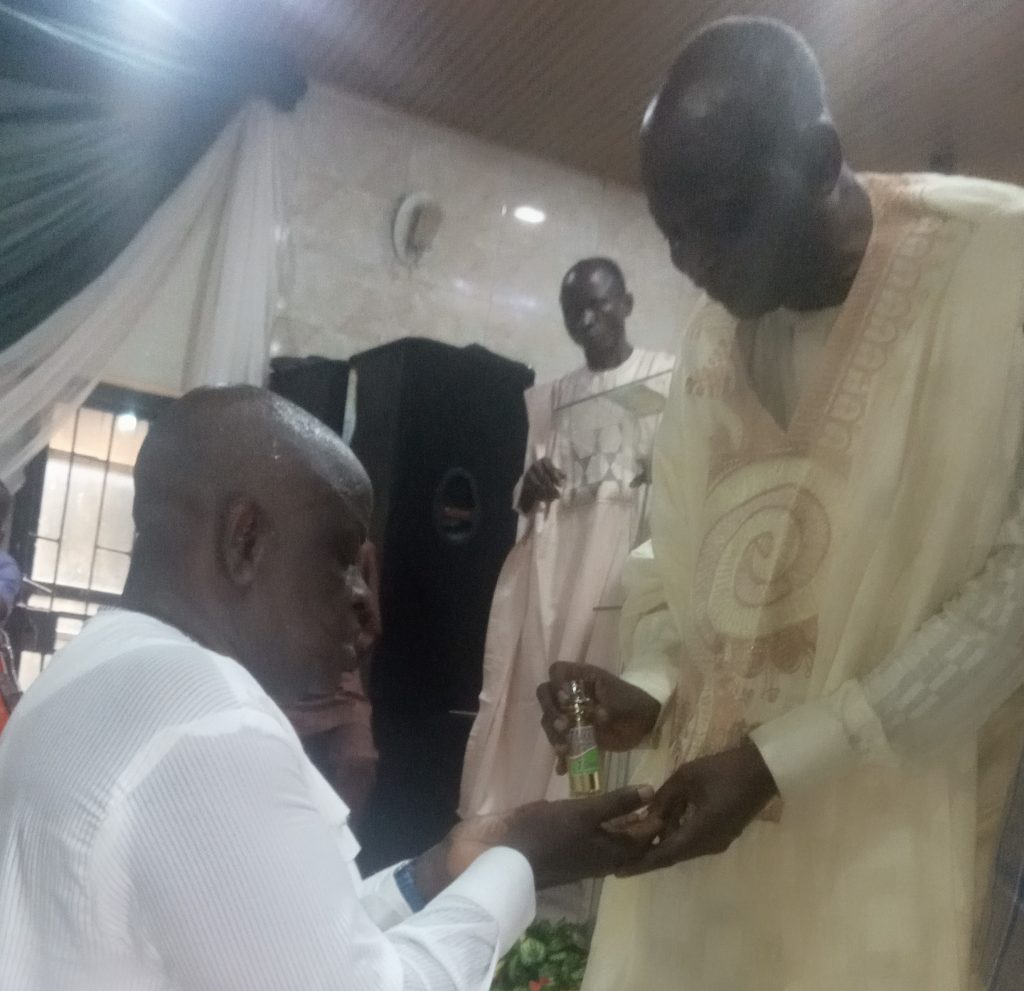 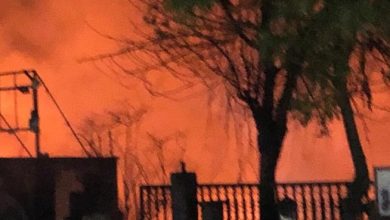 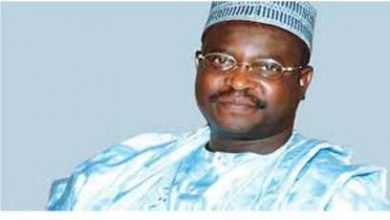