Former Governor of Ekiti State, Ayodele Fayose, has warned the Oyo State Governor, Seyi Makinde against tampering with the leadership of Peoples Democratic Party (PDP) in each of the Southwest States.

Penpushing reports that the former governor made this remarks, on Wednesday, when he led  delegates of the party against the leadership style of the Oyo State Governor, Seyi Makinde, at the party’s secretariat, in Abeokuta, Ogun State capital.

The controversial former Governor, had led the National delegates of Peoples Democratic Party (PDP) including the chairmen of the party in Osun, Ekiti, Lagos to Abeokuta,  Ogun State capital, to pledge their support for a chairmanship aspirant for the zone, Dr. Eddy Olafeso.

Penpushing further reports that, while speaking with journalists, Fayose said that the Oyo governor has no right to interfere in the local politics being played in each South West State despite being a zonal leader of the party.

The former Ekiti State Governor while, stressing that Makinde, despite being a zonal leader of the party as a result of his position as the party’s only governor in the Southwest should not hinder every state to be governened by its local leaders.

“There has been a reasonable cold war of who and who becomes the executive of the zone. Governor Makinde has demanded that the zonal executive be sacked and a caretaker be fostered on the zone which the party did. But, since the caretaker committee came into being, he has not allowed them to function because he produced the chairman’.

“Beyond that, the fact that there is a sitting governor does not say I should go to another man’s state. Nobody should come to my state; if you come to my state, I will face you squarely. I will continue to respect him because he is my brother, I love him so much and I was part of his emergence. 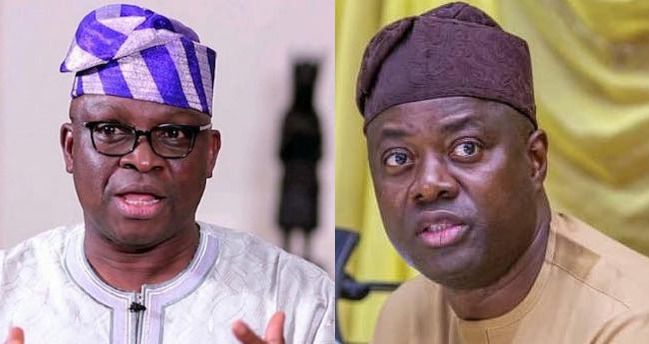 “Leaders does not give you power to go and manage another state. Every state has its own leaders, but by recognition and respect, whosoever is the governor is a leader. When I was the governor, I was the leader, but nobody can come out and say I was ruling their state or I was picking people from their state. You can’t pick people in my state, the moment you support any faction in my state, we have to face you.

“There is a level of respect a leader must have to continue to be a leader, so, the moment you cross that line, we are going to look into your eyes. We are professional when it comes to that, I am not somebody that will hide to fight, I fight you publicly”, Fayose stressed.

The chairmen of Peoples Democratic Party(PDP) in each States, including; Engr. Deji Doherty of Lagos, Sikirullahi Ogundele of Ogun, Sunday Olatunde Akanfe of Osun and Bisi Kolawole of Ekiti, in their separate responses also endorsed the candidature of Olafeso.

Penpushing reports that the chairmen had in the communique agreed that,, “it must also be noted that the leadership of His Excellency, Governor Seyi Makinde is not in question. It must be noted that each state has its own leaders as politics is local and its leadership structure must be respected, but no state is ruled or governed by another.

“It has been established and a decision is taken that the existing zoning formula in the zone for the zonal executives of the party should not be tampered with. Our position is that any other formulae for the zone in the South West will not be acceptable to us.

“We seize this opportunity to let the National Working Committee know that it is nothing but free, fair, transparent and no violence congress is what is acceptable to us and we are ready to comply with all legitimate processes to determine the outcome of the zonal congress.

”We reject any style of leadership that does not respect democratic norms. Everybody must be carried along for the same of equity and fairness. All we are saying is that we must give peace a chance and allow the South West take its rightful position in the PDP and Nigeria”, it stated.

Penpushing further reports that, the leaders in the South-West later endorsed the candidature of Olafeso by raising his hands for the delegates’ approval. 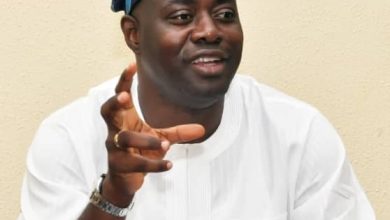