The Economic and Financial Crimes Commission (EFCC) on Monday took its war against suspected internet fraudsters known as ‘Yahoo boys”, to government doorstep, effecting arrest of number of the alleged fraudsters at MITROS Residences Annex, an hotel owned by Ogun State Government

Penpushing reports that, the operatives of the commission in a sting operations stormed the hotels located within the Government Reservation Area(GRA), Ibara, Abeokuta, the state capital at about 4am, and caught the suspects unaware.

The officials of the Economic and Financial Crimes Commission (EFCC) in the course of the operations confiscated mobile phones, laptops and vehicles reportedly belonging to the suspected scammers.

Penpushing further reports that, the operatives forced their way into the rooms of the suspects, to arrest them, with some exhibits found with them, while few of the suspected fraudsters managed to escape, just as the authorities said it was still on the trail of the runaway suspects

The Public Relations Officer of Ibadan office of the Economic and Financial Crimes Commission(EFCC), Ibadan zonal office, Tokunbo Odebiyi was said to have confirmed the operations and subsequent arrest of the suspects. 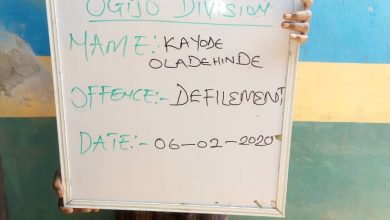