In this pivotal year for humanity, now is the time for bold climate action.

The science is irrefutable and globally agreed: to stop the climate crisis from becoming a permanent catastrophe, we must limit global heating to 1.5 degrees Celsius.

To do this, we must get to net zero emissions of greenhouse gasesby mid-century.  Countries making up about two-thirds of the global economy have committed to do so.  This is encouraging, but we urgently need every country, city, business and financial institution to join this coalition and adopt concrete plans for transitioning to net zero.

Even more urgent is for governmentsto match this long-term ambition with concrete actions now, as trillions of dollars are mobilized to overcome the COVID-19 pandemic.  Revitalizing economies is our chance to re-engineer our future. 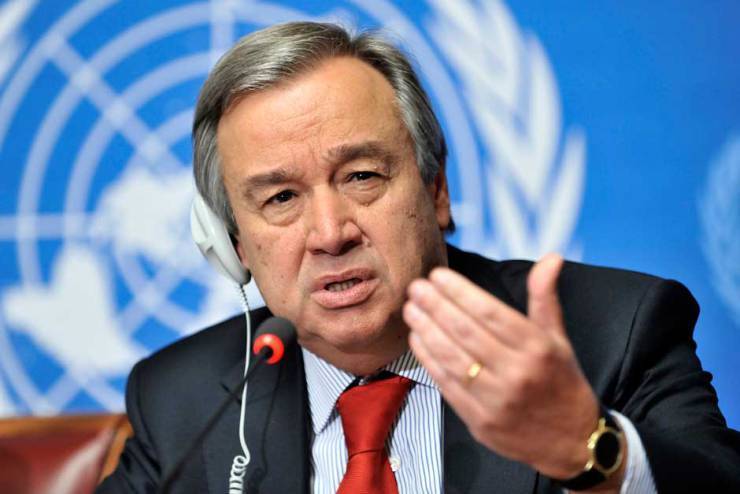 The world has a strong framework for action: the Paris Agreement, in which all countries committed to set their own national climate action plans and strengthen them every five years.  Over five years later, and with damning proof that if we don’t act we will destroy our planet,it is time for decisive and effective action as the United Nations convenes all countries in Glasgow in November for COP26.

The new national plans must cut global greenhouse gas pollution by at least 45 percent by 2030 compared to 2010 levels.  Many have been presented already, and set out clearer policies to adapt to the impacts of climate change and boost access to renewable energy.

But so far, those plans achieve less than a 1 per cent cut in emissions.  This is a true red alert for people and planet.

In the months ahead, beginning with the upcoming Leaders Summit hosted by the United States, governments must dramatically step up their ambitions – particularly the biggest-emitting countries that have caused the vast bulk of the crisis.

Phasing out coal from the electricity sector is the single most important step to get in line with the 1.5-degree goal.Immediate action to remove the dirtiest, most polluting fossil fuel from power sectors offers our world a fighting chance.

Global coal use in electricity generation must fall by 80 per cent below 2010 levels by 2030.This means that developed economies must commit to phase out coal by 2030; other countries must do this by 2040.  There is simply no reason for any new coal plants to be built anywhere.Onethird of the global coal fleet is already more costly to operate than building new renewables and storage. COP26 must signal an end to coal.

As the world moves toward clean air and renewable energy, it is essential that we ensure a just transition. Workers in impacted industries and the informal sector must be supported as they move jobs or reskill.  We must also unleash the vast power of women and girls to drive transformation, including as equal participants in governance and decision-making.

The countries that contributed least to climate change are suffering many of the worst impacts.  Many small island nations will simply cease to exist if we don’t step up the response.The developed countries must deliver on their commitments to provide and mobilize $100 billion annually by:

The G7 Summit in June offers the opportunity for the world’s wealthiest countries to step up and provide the necessary financial commitments that will ensure the success of COP26.

While governments must lead, decision-makers everywhere have a vital role to play.

I ask all multilateral and national developments banks, by COP26, to have clear policies in place to fund the COVID recovery and the transition to resilient economies in developing countries, taking into account crippling debt levels and huge pressures on national budgets.

Many local governments and private business have committed to net zero emissions by 2050, and have engaged in significant reviews of their business models. I urge all to set ambitious targets and policies.

I encourage young people everywhere to continue to raise their voices for action to address climate change, protect biodiversity, stop humanity’s war on nature and accelerate efforts to achieve the Sustainable Development Goals.

Time is running out, and there is much hard work ahead, but this no time to raise the white flag.  The United Nations will keep flying our blue flag of solidarity and hope.  This Earth Day and over the crucial months ahead, I urge all nations and all people to rise together to this moment.

António Guterres, is Secretary-General of the United Nations 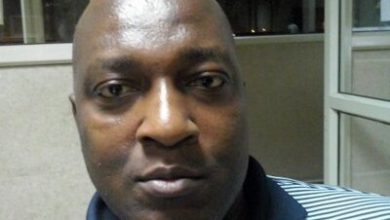 For the record: briefing by Governor Dapo Abiodun of Ogun state about the activities of state government to curb further spread of Covid-19 pandemic, held on Friday, 22nd May, 2020

The peril of a wicked man 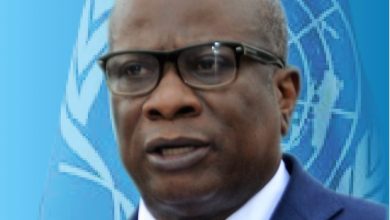