The bandits, who abducted 29 guests  while returning from the wedding of one of their colleagues on Saturday eveining  in Tambuwal,  Sokoto State have demanded a ransom of N145 million before the victims could regain freedom.

Penpushing reports that, the Secretary-General of the Phone Sellers Association in the state, Nasiru Musa, who majority of the abductees were members of the association operating at the Bebeji Communication Market in Gusau, the capital of Zamfara State made this known.

“The bandits called twice on Monday morning to inform us of their stand regarding our members are with them. They said we should bring five million naira for each of the twenty-nine persons with them which in total is N145 million before they can be released’, Musa said. Penpushing further reports that, in similar vein, the chairman of the association, Mustapha Khalifa, on Tuesday said some of the wedding guests who escaped during the abduction are receiving treatment at the Talata Mafara General Hospital.

The gunmen, it is recalled ambushed two buses conveying the wedding guests back to Gusau in Dogon Awo immediately after Bimasa village in the Tureta local government area of Sokoto, while as at the time of the abduction, it was thought that 50 people were abducted.

Penpushing also reports that some of those thought to have been abducted later returned home, but  seven others were rescued by a member of a vigilante group operating in the area, while it is on record that kidnap for ransom, killings and displacement of innocent residents, cattle rustling, and armed robbery have become rampant in the north-west and some parts of the central region of Nigeria

The Zamfara State Police Command Public Relations Officer, Mohammed Shehu, as at the time of filing this report said the Commissioner of Police has sent special operatives to track the bandits and rescue the abductees. 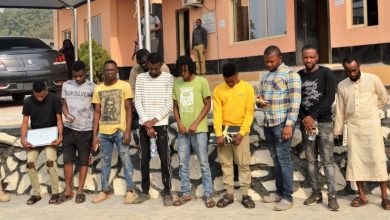