Since 1997 when I arrived Abeokuta, the capital city of Ogun State as a journalist to pick up appointment as the Chief Press Secretary to the then Military Administrator, Group Captain Sam Ewang, I had always spent the Yuletide in the capital city of the Gateway State renowned for many pioneering feats in Nigeria.

Occasionally, I am opportune to spend that season East of the Niger in my maternal enclave of Abia State. Abeokuta is a serene rocky city with undulating scenery from all angles of view. You needed to have lived in such ‘chaotic’ spaces as Lagos, Port-Harcourt, Onitsha and Kaduna to grasp that indeed Abeokuta is a serene space to enjoy the equanimity, solemnity and conviviality of Yuletide. 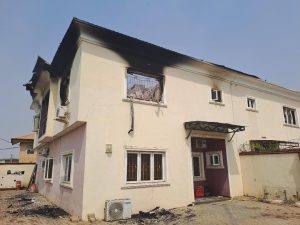 So, after a hectic end of year period of working with Senator Solomon Adeola, the chairman of Senate Committee on Finance on some aspects of National legislations including the 2023 Appropriation Bill, the Finance Bill 2022 and the Ways and Means Advances request of President Mohammadu Buhari to the National Assembly, I looked forward to holidaying in Abeokuta. However, the work includes coming to Abeokuta to celebrate Christmas and going back on the 27th of December to Abuja for the conclusion of the work and finally back to Abeokuta on the 30th of December, 2022.

At this time the town was bustling with activities of citizens making last minutes preparations for the Cross Over Night and the revelry of the incoming New Year. Driving around town on the eve of the New Year, I reminisced that eves such as this must be the most crime free day of the year as everyone will be busy doing legitimate things and in trepidation of making it to yet another new year. I reasoned that even the most hardened criminals except those with psychosis must be at peace with themselves and the world on such a momentous time as not to prey on humanity with their nefarious activities. 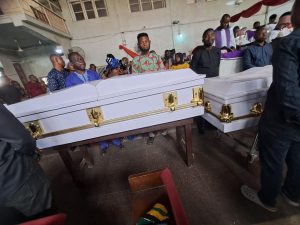 Alas, I was to be proven absolutely wrong on my line of reasonable and rational thoughts. In a few hours to my private musings, a most heinous crime will be perpetrated in the heart of the city of Abeokuta with national, if not global reverberations.

I went to a cross over service with my family and in the new year drove through the town past the Government Reserve Area, GRA, Ibara, Abeokuta, a shouting distance from where a double murder was about to or already going down. For me, there is a personal attachment to the GRA in Abeokuta. It was an exclusive area where I was first accommodated as a government official way back in 1997, first at one of the Guest Houses in the Presidential Lodge, later at the VIP Lodge and finally in the spacious 4-Bedroom flat official Quarters of the Chief Press Secretary to the Military Administrator, all inside the GRA. On waking up on New Year Day, I went to a significant first Sunday Service which was a Thanksgiving Service as well as a New Year Service.

It was after the service that I chanced to see a story on a WhatsApp platform that I belong to the ‘Penpushing’ platform administered by a long-time friend and colleague in Abeokuta, Dimeji Kayode-Adedeji who operates an online media of the same name.

The story was published in his medium. As usual I am bound to read the story of Kayode-Adedeji aka “Mortuary Reporter”, a sobriquet that reflects his hard nose for human interest stories of the morbid variety.  Trust him to get or go after bizarre stories of all kinds. 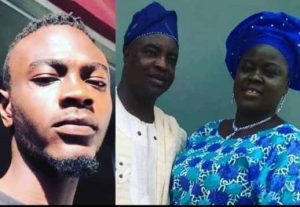 The catchy slant in the story he broke was the death and burning of a couple Mr. Kehinde Fatinoye and his wife Bukola in a house in GRA, Ibara, Abeokuta with their only surviving son and a house help abducted! Both deceased were federal government officials, the husband a Central Bank staff and the wife a staff of Federal University of Agriculture, Abeokuta.

On reaching home, I immediately called my friend to get more details and location of the incident in GRA whereupon he opined that this was a murder case with arson that completely left the unfortunate couple burnt beyond recognition. Lo, the location of the incidence was a place I traversed regularly in time past particularly to see a seamstress operating at home in a building directly behind the crime scene.

Indeed, the crime scene, the residence of the deceased at Oba Karounwi Street, is a shouting distance from my former official quarters. I drove out to still see the storey building of the heinous crime still oozing out smoke about noon on New Year Day with security operatives and sympathizers still milling around the house. 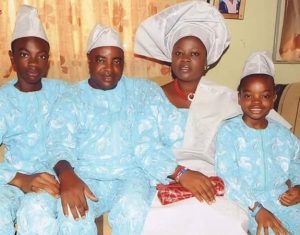 It was indeed a most heinous and devilish act on the first day of the year 2023 at the heart of Ogun State capital. I joined in the apprehension for the safety of the abducted sole remaining member of the family and their house help. Alas, the crowning of the evil deed was manifested on the third day of the year with discovery of the body of Oreoluwa, the only surviving graduate son of the Fatinoye in Ogun River, near Obada Oko by the Nigerian Police with his hands tied.

Apparently, he was equally murdered to complete the troika of evil and thereby wipe out all members of the immediate nuclear family of the Fatinoyes. The couple it was learnt in mid- 2022 lost their younger second son in a football incident.

The sinister murder of the whole remaining family for a yet to be ascertain motives dampened the festivities of the capital city with all conversations at events centering on the confounding wicked murders. Many were at loss at the sins, if any, occasioning the total annihilation of a family. The killers not only killed the couple but burnt their bodies beyond recognition for reasons that can only be unravel by thorough investigation or confessional statement of the killers when apprehended. More callous was the murder of the younger Fatinoye through drowning in a manner that can only be described as pure devilish. 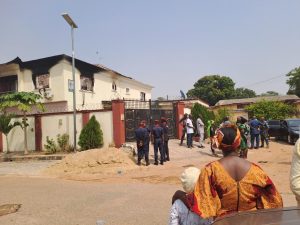 With the devilish purpose achieved by the Lucifer incarnates on earth, it is now left for the Nigeria Police Force to investigate and bring to book the brains and perpetrators of this unfathomable murders of the Fatinoyes to book. These grotesque murders must not be left unresolved under any guised by the Nigeria Police Force as it is in a class of its own with sinister implications for the society at large.

The Commissioner of Police in Ogun State, CP Lanre Bankole, as a family man and a no-nonsense officer that is a stickler enforcement of laws to the letter even for minor traffic offenses, must be sufficiently interested in this case to get a conclusive and desired end. He must dedicate his best men and women to this cause with the assurance that their success will record his tenure as one of the best in Ogun State and Nigeria. If the case is unresolved as soon as possible, it may yet go down on record as happening under his watch and further besmirching the reputation of the Police in resolving high profile and dastardly murders in Nigeria that the New Year Day murder represents.

It is indeed gratifying and welcome that the governor of the State, Prince Dapo Abiodun have charged the Police to unravel the gruesome murder of a family under his watch when he is doing much to provide security and safety for citizens.

This is a welcome interest from the chief security officer of the state who must have realized that unresolved, no citizen will really sleep with two eyes closed. The Nigeria Police Force must key into the promised assistance of the governor to unraveled these murders so heinous.

Members of the public, family members and associates with any useful information about the couple that could assist in unravelling the murder are encourage to assist the Police with such information. It is in the interest of the general public and indeed the society. May the souls of Mr. Kehinde, Bukola and Oreoluwa Fatinoye rest in peace. Amen. 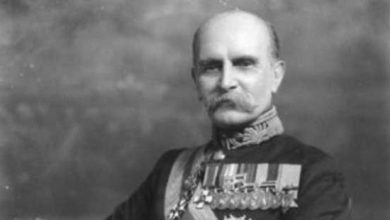 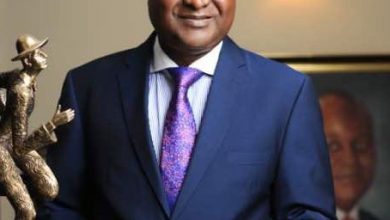 For the record: Press release by the Governor of Ogun state, His Excellency Prince Dapo Abiodun about the activities of Ogun state government to curb further spread of Covid-19 pandemic, held on Friday, 15th May, 2020

For the record: Killings in Ogun State: Dapo Abiodun missing in action