The Ondo State Governor Rotimi Akeredolu has been re-elected for a second term in office, under the platform of the ruling All Progressives Congress (APC) having won the Governorship election held on Saturday.

Penpushing reports that, the Independent National Electoral Commission ( INEC) Returning Officer and Vice-Chancellor of the University of Ibadan (UI),Prof  Idowu Olayinka who announced the election results said Akeredolu won in 15 of the state’s 18 local government areas.

The statement of results showed that the poll with 17 Governorship candidates, the Peoples Democratic Party(PDP) candidate Eyitayo Jegede, won in the remaining three local governments. 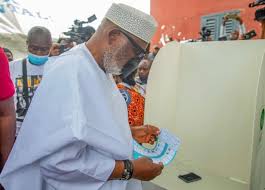 The returning officer said a total of 572,745 valid votes were recorded while 18,448 were rejected, and about 16,000 votes cancelled, adding that the candidate of All Progressives Congress (APC), Akeredolu polled 292,830, while Jegede of the Peoples Democratic Party(PDP) scored 195,791 votes, a difference of 97,039 votes

Penpushing further reports that, the incumbent Deputy Governor in the State,Agboola Ajayi who parted ways with his boss to contest under the platform of the Zenith Labour Party (ZLP), came a distant third by scoring 69,127 votes.

The elected Governor through his Special Adviser and agent of All Progressives Congress(APC) at the poll, Victor Olabintan, thanked the voters and the people of the state for their trust in the ruling party, with assurance that he will not take the trust for granted. 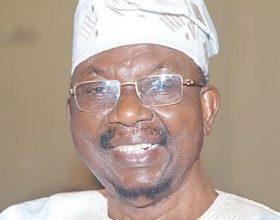