The group added,’It is rather heartbroken to see a our common heritage been robbed and slaughtered without caution by the new Oba Oluwo, whose antecedence ever since his assumption as the Oluwo of Iwo has succeeded to bury our eternal “isese” traditional practices via burning down of all major shrines and deities of the Iwo kingdom in a Pharaohic style’

‘This and many more taboos like wearing of Aso Oke suite, wearing of scarf and jeans like a nigger roy, without forgetting the ill-mannered toutary tendencies in the management of Iwo Kingdom affairs and most recently his frontal harassment and media attacks on His Imperial Majesty, Oba Adeyeye Ogunwusi , The Ooni of Ife is the fore eyes of the public’ .

‘However, by this singular embarrassing acts by the  Oluwo, we call on the Iwo Council of Obas, Osun State Council of Obas and All Obas of Yorubaland to call the Oba turned Emir to Order…while we revert and denounce the conferment of Sheikh Yahquub Abdul-Baaqi Mohqmmed as Waziri of Yoruba Land is totally unacceptable and hereby  declared null and void.

‘Moreso that the league of Imams and Alfas has beforehand warned and tried to call the Oluwo to order to desist from such inglorious ignominty and disdainful arrogance, yet he intentionally defiled such warnings as a means to cause breach of peace which is criminal and needed to be investigated by the law enforcement agents and further prosecuted accordingly’.

‘We hereby categorically demand that if the Oba has lost total respect for tradition and particularly the highly referred stool of Iwo and Yorubaland, having accepted to be guided by the Northern rules, a huge abomination and taboo( Epe NLA)hence, he Oluwo should be strip off of his titile as the Oluwo of Iwo Kingdom’.

‘We believe Aare( Dr) Gani Adams, the Aare Onakankafo of Yorubaland need to sought the consent of His Imperial Majesty, Oba Lamidi Adeyemi 111, The Alaafin of Oyo who has the sole right and authority to confer a high ranking title ‘of Yorubaland’ on anyone so deserving and not a degrading coinage as Waziri of Yoruba’

‘This could easily trigger a wild fire of war and counter brigandage, and these could jeopardize and nosedive the whole of Iwo Community and Yorubaland into a full blown religious war that could best be seen to have the Hausa-Fulani full financial and artillery weaponry  backings, aimed at causing breach of public peace, knowing fully well that in the recent times The Oluwo Akanbi has been  hobnobbing with some Northern Emirs and protecting the inordinate interest of the Northern allies, if he so manifest his ferociously draconian agenda, he should be shown where exactly he belongs to.. Akeregbe loma juwe ibi ti amafikosi….’

‘We frowned at this evil  stance and premeditated mission of invading Yorubaland through the back door via Oluwo Akanbi until the needful is manifested by the Osun State Government ati  Awon Alale .We implore Governor Rauf Aregbesola to call the Oluwo to order and summoned an emergency meeting to stem the tide of this wrong records with immediate effect. We hope this will go a long way to salvage our common heritage from imminent danger and possible collapse. Igi gogoro magun mi loju…okere la ti nwo…We have emphatically spoken’, the group declared 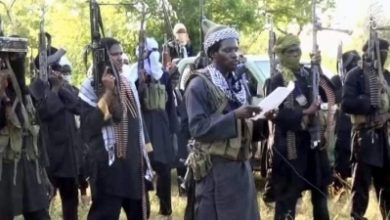 FACILITATOR OF BOMBING ACTIVITIES OF BOKO HARAM SAYS HE GETS N5, 000 AS FEE 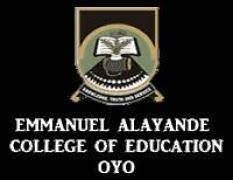 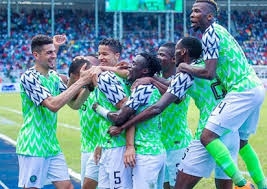 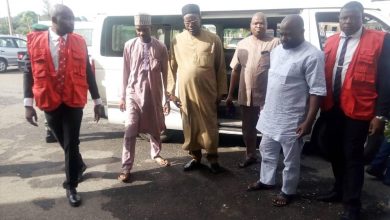