The Presidential candidate of the All Progressives Congress (APC), Bola Tinubu, has declined to attend Presidential town hall meeting organized by Arise Television, arguing that he was not given prior knowledge before listing his name as participant.

Penpushing reports that Presidential Campaign Council, in a statement by its spokesperson, Bayo Onanuga, on Friday, declared that the organisers cannot railroad the council programme, accusing the television station, the Centre for Democracy and Development (CDD) and other organisations behind the programme of being unprofessional by not consulting them.

“We are surprised that the TV station listed our candidate, Asiwaju Bola Ahmed Tinubu, as a participant, when there was no prior consultation with him and his aides and no consent of the candidate obtained for the advertisement’, Onanuga said 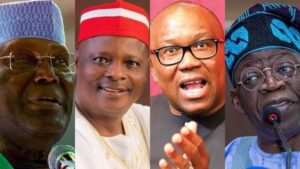 Penpushing further reports that, he said the campaign plans to maintain the direct engagement approach by organising its own meetings with relevant bodies, and insisted that, Tinubu would not attend the event scheduled to hold on 4 December, 2022.

“Our attention has been drawn to an advertisement by Arise News in connection with a Town Hall meeting scheduled for 4 December. We deem this as professionally wrong and reckless. No media organisation should arrogate to itself the right to railroad any candidate to fit into its own agenda,” he declared.

Penpushing also reports Onanuga in the statement restated that the busy campaign of the All Progressives Congress (APC) candidate would not permit him to honour all invitations from different organisations.

“As we said in an earlier statement, the busy and hectic campaign schedules of Asiwaju Tinubu will not permit him to honour all invitations from different radio and TV stations for debate and or Town Hall meetings’

‘Hence our decision for him not to start with one media organisation and later ignore the others. In the absence of a unified and mutually acceptable all parties and all candidates platform, our candidate has been speaking directly to Nigerians, since President Muhammadu Buhari launched Tinubu’s Action Plan for a Better Nigeria.

“Till date, over seven town hall meetings with strategic sectors have been held across the geopolitical zones, where the candidate and his running mate have spoken about their programmes. These direct engagements will continue before the election on 25 February 2023. We, therefore, urge Arise News to stop using our candidate’s name or portrait in its advertisement, forthwith,” he said.

Penpushing reports that Tinubu was scheduled to appear at the town hall series alongside the candidates of the Peoples Democratic Party (PDP), Atiku Abubakar, Labour Party (LP), Peter Obi, and the New Nigeria Peoples Party (NNPP), Rabiu Kwankwaso, while the focus is on education, healthcare, poverty and human capital development. 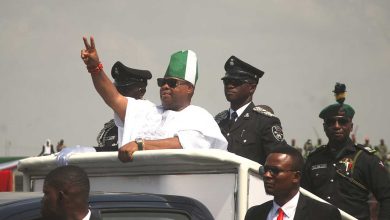